The unemployment rate in Egypt downed 0.7 % 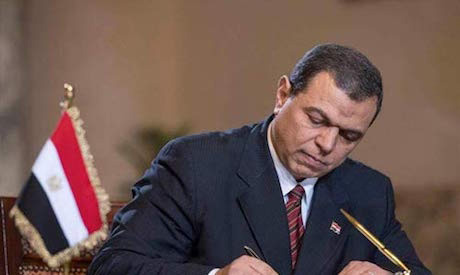 A report from the Labor Force Survey showed that the global unemployment rate lowed. In a country where inequalities are often decried however an unemployment rate quite high but stable, the report wants to reassure on Egypt's perspectives.

The annual report has just been released from the Labor Force Survey which is a department of the Egyptian ministry of manpower. The analysis of the annual rate is splited between four quarters. For the year 2017 the first quarter (comprised between january to march) counted a total of 3.5 million people unemployed equivalent to 12% of the workers in the country. It is a little bit less than the same quarter from last year with 12.7%.

Some socio-econommic groups more impacted than others

At an urban scale, the rate reached 13,7% which is higher than the average of the 1st quarter but it has declined compared to the 14% registered at the 4th quarter. The rural rate comprised 10.8% of the total labour force which is also a large decrease compared to the last period of time.

The writing statement focus on the youth unemployed category (aged between 15 to 29 years old) with 79% of this group comprised into the global ratio. They are indeed more touched by unemployment than any other socio-economic groups.

The young unemployed category: a challenge for the country

The report showed that 40% of the young with a higher degree were unemployed. 51.9% of the total number unemployed workers have an intermediate qualification.

The Egyptian government has to deal with this very high number of the young unemployed especially for those who have a diploma. This is the core challenge of the economic growth and innovation for the country.

As an other perspective, the Egyptian rate is higher than the average unemployment rate in European Union (9.5%) but it is also far less than Spain (18.7%) or Turkey (12.6%) for exemple.

Check out our latest videos on economical news in Egypt: