The “Wonder Woman’s problem” in the Arab World 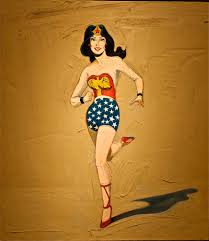 The recent Wonder Women released in US in May 2017 is still inside a controversial debate within the Arab World. Ecomnews Med analysed what’s inside the debate about this famous female character.

A popular sucess in the Occidental world

Wonder Women created by William Moulton Marston in 1941 might be the most famous female comics in the Occidental world. After a golden age being well known around the 1950’s, Wonder Woman came back to the comic scene in 2016 with the book entitled “DC Rebirth”.

In 1970’s the movie has changed Wonder Woman into a feminist and sexualised character. Indeed the liberty in how she is usually dressed up was seen at that time as a feminist behaviour in Occident. But then time has past and critics started in Occident in 1990’s about the prominence of the American culture promoting sexism through cliché around girls. She was actually one of them. Critics about the American culture were after taken back again by the muslim world.

Nowadays, the diference with the Arab World is that being sexy is not actually the problem in Occident. It was more about how the body got more recognition than the women’s brain. In the Arab World, the “Wonder Woman problem” resides into a gap between the Americanised culture of women sexualisation and the Muslim culture toward woman.

Today with the 2017 movie released, Wonder Woman is still seen within different perspectives: Feminist for some, a product of the consumption society for others including in the Arab World. Then the national reactions can be largely diferents even though they can share some similarities.

From national bans to an international scandal

For example Jordan forbid the movie, then Lebanon did so and Algeria pulled out the movie from a cinema festival in Alger. Tunisia released the movie before the authorities changed their mind and banned it.

This was just concerning the Arab World until 1 000 petitioners from the UN staff contested to consider Wonder Woman as a girl empowerment symbol. Then the heroin turned into an international scandal in October 2016.

No one can determinate what is the appropriate judgement to get about this unique character simply because she is not real : indeed she is a cliche. She embodies what the people wants to project in herself within a cultural background and framework which is hard to be fully aware of.

Find out more about the economical news in the Mediterranean area with our videos :