Is Tunisian debt a burden for the economical growth? 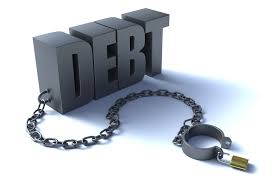 A recent survey from Bawsla an NGO specialised into political transparency announced a new debts growth. The country, which is just getting better after the economical crisis still has a lot to realise especially with the IMF accountability demand.

Tunisia has recorded a national debt of 63,7 % to the GDP (Gross Domestic Product) from the last year. This represents a 5,4% budget deficit calculated after the 2017 law on Finance. The Bawsla organisation notifies that the Members of Parliament voted 18 projects in that vein. The national bank of Tunisia denounces a high budget deficit due to increased public expenses.

As a matter of fact, the Finance minister Fadhel Abdelkefi and the head of the government Youssef Chahed are going together toward a debt decrease’s direction. According to his policy amended few months ago, 60% debt to GDP is a cut-off that he does not want to raise up. If nothing is changing, the IMF (International Monetary Fund) could halved the financial assistance.

Discover out our latest video about the economical new in Tunisia :