Why is the free trade agreement between Morocco and the European Union still pending? 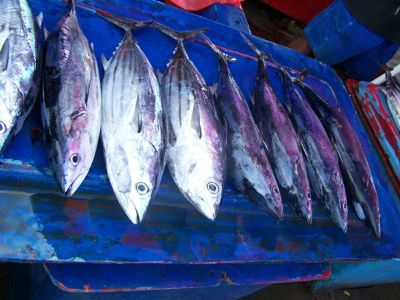 The Moroccan minister of agriculture and fisheries made an appeal to the European Union (EU) to implement the free trade agreement signed in 2012.

The bone of contention between Morocco and the Polisario Front into the Occidental Sahara within the Algerian and the Mauritanian borders cost a lot to the Kingdom trade. Indeed the conflict, which opposed the regualr Moroccan Army and an armed rebel group named Polisario (after an abbreviation from the original “popular front for Sagui el Hamra and Rio de Oro liberation”) claiming for independence into the Sahara, stopped the negotiations over the free trade agreement with the EU. On the Brussels’s side, the regulation must not apply for Occidental Sahara whereas Morocco is considering this territory as a part of the Kingdom.

The European Commission cancelled the agreement in December 2015 because of the conflict. One year after, the General Court of the European Union set aside an appeal proceeding to finally valid the agreement. Today the Moroccan minister of agriculture and fisheries Aziz Akhannouch admit that the legislation remains unregulated. After the Agence France Presse, the Minister even confess he has no clear information about the future of the agreement. In any cases the Kingdom is looking after trade opportunities with other partners as Russia, United States or China.

Initiated in 2005, a long-term agreement was signed between Morocco and the EU into political cooperation, agrarian trade, raw material exchange, processed agricultural product trade, and fisheries. Last year the fisheries product represented 22% of the Moroccan export to the EU. If the Fisheries and Agriculture trade agreement failed for real, Aziz Akhannouch alerted that many jobs would be jeopardised.