Is Lebanon in need of structural economic reforms? 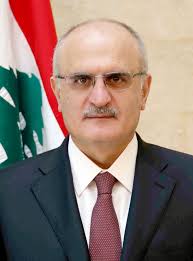 As president Michel Aoun is leading the country for almost a year, economical reforms are urging after the last World Bank report. What kind of reform the country must comply with?

The economy in Lebanon is still under a high risk as domestic revenues are not necessary generating taxes for the State. A lack of confidence on the banking system from citizen is still on-going especially in remote areas where armed conflicts are close.

On top of that, the debt interests are growing as international institutions gave huge loans to the country to rebuild it after the war. In 2016, the payment of the debt interest was accounted as 48% of the domestic revenues compared to 38% in 2014. Note down that the national debt was to 132,40% of the GDP in 2015 which is a lower rate then it was 10 years ago.

The main issue of the debt is that Lebanese banks are financing the debt instead of an innovation policy for example. The dynamic of the economy remains limited with a lack of a significant growth.

The GDP is largely relying on revenues generated by Lebanese living outside the country. Meaning that they are not a source of an economic growth from the state.

For the IMF (International Monetary Fund) Lebanon should increase taxes especially on energy. The institution prescribes to stop subsidies over electricity to open it to the private sector. However the finance community of Lebanon is firmly opposed to the strategy claiming that opening the market to the public sector and rising taxes will drive the national economy to a wall. Increasing taxes could indeed lead entrepreneurs to be reluctant over hiring process. Reversely the country needs to create a dynamic for employment.

The World Bank is sharing almost the same perspectives with the IMF. Compared to Morocco, Turkey or Jordan, Lebanon is considered as “undertaxed” But for the Central Bank Director Riad Salameh, the economy needs to be stabilized first before pushing for growth. The government still needs to be funded to tackle deficit and enforce structural reforms.

Ali Hassan Khalil, The Lebanese Ministry of Finance still has a lot to negociate with the IMF, the World Bank and the Central Bank of Lebanon with the president Michel Aoun.