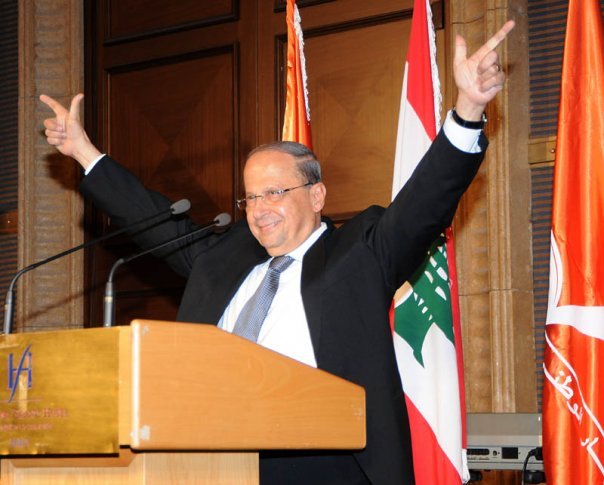 The Lebanese head of state is visiting his French counterpart for 3 days. Together they opened the Arab institute’s exhibition dedicated to the History of the Christian from the East.

President Michel Aoun whom has already lived in exile in France for 15 years 10 years ago will meet today Emmanuel Macron at 5pm. Together they will discuss about the 1.2 millions refugees living in Lebanon. The Lebanese president will then dine as a “special guest” at the Elysée with 222 public figures.

The 26th of september Michel Aoun will meet Jean Yves Le Drian the head of the French diplomacy with the Paris mayor, and the Senate president.

Behind the political meeting, France is supporting a program called Paris IV to encourage investments into the country. The military question about the growing Hezbollah army will be on the table tomorrow. Indeed the high of weaponry diversion took by the Hezbollah from the international military help including France is a sensitive subject. Saudi Arabia has already respond to the issue by stopping the 3 billions dollars helping program to Lebanon in 2016.

Next year Emmanuel Macron might certainly come to Lebanon during his presidential trip to Israel, Palestinian territories and Jordan.