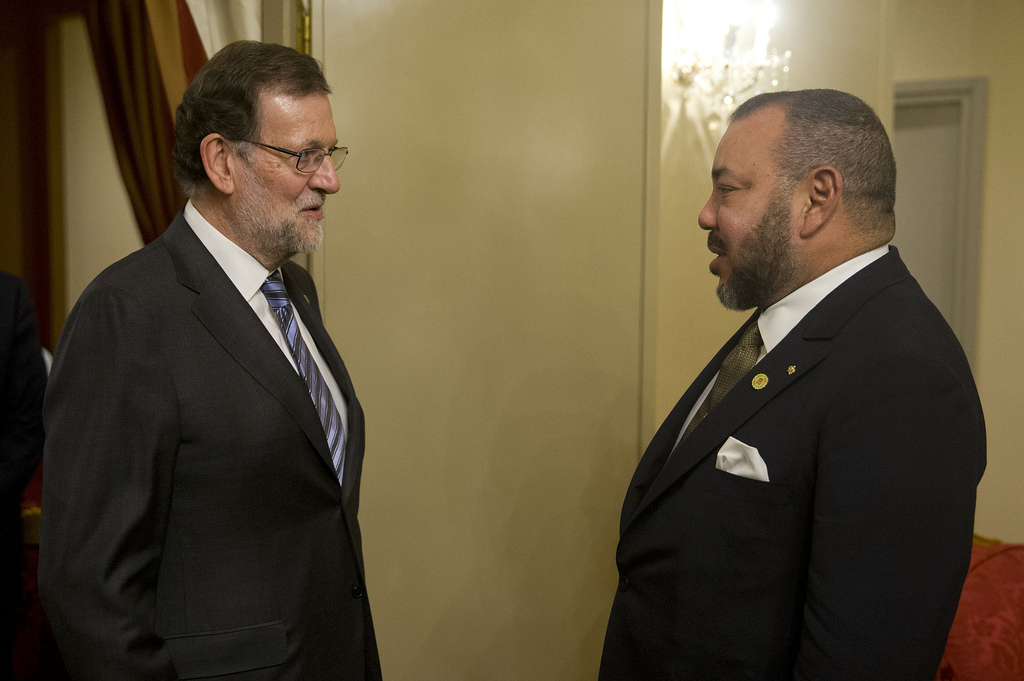 The Moroccan Ministry of Foreign Affairs has officially made a stand in favour of the Spanish kingdom sovereignty. Morocco, which is the first commercial partner of Spain, represents a strong ally of the country.

On the left: The head of the Spanish government Mariano Rajoy. On the right: her excellency Mohammed VI King of Morocco.

A press released was launched yesterday night from the Ministry of Foreign Affair of Morocco against the independence will of the Catalonia region in Spain. The text describes the Catalonia process as “irresponsible” and “unsustainable”. In this way, the Moroccan kingdom subscribes itself in the line of the international law and lawfulness. Indeed her Excellency Mohamed the VI has strong economic relationships with Spain. The country is the first commercial supplier of Morocco especially on goods and consumer products. 8 billion euros is the amount of the trade balance between the two.

Morocco is worried about keeping up good diplomatic relationships with the European Union as their countries are firmly linked to the Moroccan economy and investments. According to the WTO (World Trade Organisation), Spain within the European Union represents 34% of the European export to Morocco.

Morocco’s arguments on Spanish integrity are detailed through the value of Spain as well as the “whole European continent” interests. The press release ends by applauding the Mariano Rajoy head of Spanish government to maintain calm and peace in this political conflict.