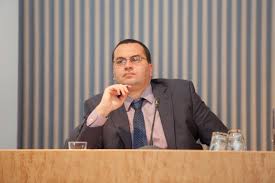 The Algerian Rabah Arezki has been chosen to lead the desk of the MENA region (Middle East and North Africa) into the World Bank Institution. He replaces though Shanta Devarajan from Sri Lanka. Portrait.

Rabah Arezki is an Algerian economist with a brilliant career into international institutions. Previously he leads raw materials unit at the IMF (International Monetary Fund). He worked on various economic subjects and issues as energy, Raw material supply, international macroeconomy, and economy of the development.

Furthermore, he developed his skills within the famous American think thank Brookings Institutions as well as the Oxford University associated student.

On top of that, Rabah Arezki is graduated from the ENSAE (National School of Statistics and Economic Administration) from Paris. Then he moved to Italy to study at the Florence European Institute where he obtained a PhD.

Inside the IMF institution, he participated in several scientific reviews including the Economy of the Development review or the Research Bulletin where he was the managing editor.