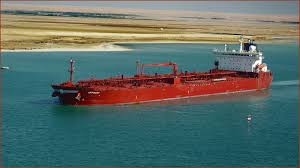 Head of the Suez Canal Authority (SCA) Mohab Mamish stated that the government is aiming at attracting more foreign investors by turning the Suez Canal Economic Zone into a strategic business area.

In fact, the Authority is coordinating its efforts with the government to implant a new ambitious plan in order to create a sustainable industrial zone to improve the economic performance of the maritime passage and attract more foreign investors.

“The Suez Canal Economic Zone is gaining interest from foreign investors, as the government is carrying out an ambitious plan to increase inflows of foreign currency.” Said Mr Mamish.

Moreover, he noted that 14,486 ships crossed the area from January to October 2017. The traffic navigating on the canal registered a 3, 1% increase in 2017 regarding last year’s same period. As a consequence, the revenues generated from that business has reached 4, 4 billion dollars, a 3, 4% increase.

The Canal Suez remains one of the most important maritime passages in the world. It is also one of Egypt’s main income and foreign currency sources. That is the reason why Egypt is seeking to reach an extraordinary level in the exploitation of this historical infrastructure by optimizing its economic return. Thus, it will be possible for Egypt to better align with trade underlying issues dictated by the growing geopolitical role of the maritime routes in the Mediterranean and Nort Africa (MENA) region, such as the Strait of Hormuz.

“Egypt is proceeding in making the best use of the canal’s distinguished geographic location through carrying out the national development project of the Suez Canal region, which includes the development of six ports and the establishment of complete logistic and industrial zones,” added Mr Mamish.

In order to set that new framework and gain more interest from foreign investors, The Suez Canal Economic Zone is expanding in order to include six new maritime ports to be completed by 2045.