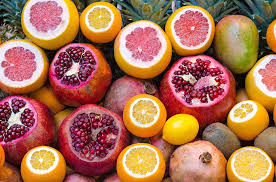 Egypt is one of the biggest orange producers in the world. The Chinese import market has slightly paid attention to the Egyptian fruit and vegetable productions for the quality and the affordable price the country is offering. The growing interest from China toward Egypt is a great opportunity for the trade balance of the last.

Today the citrus trade between Egypt and China reached 80 million dollars instead of the 40 million dollars registered last year. It was indeed the object of the announcement from Han Bing, economic policy advisor at the Chinese Embassy in Cairo. After him, the Chinese fruits and vegetables import market will become the biggest in the world in the next 5 to 10 years. A great opportunity for Egypt to balance the commercial deficit.Egypt, for example, became the third grapes provider to China and it must not be slowed down. Worldwide supply is effectively meeting demands!

After the OEC, the Egypt’s Export destinations changed a lot since 2014 as North America and Africa are not the prime purchaser of the country in favour of Asia since 2005. Europe remains a traditional fruit and vegetable products purchaser, but China with an 80 Million dollars import is now way ahead of Europe.

The Al Sissi government is trying his best to promote agriculture to reestablish a fair trade balance. This is part of the International Monetary Fund program in Egypt.