Morocco and Tunisia blacklisted by the European Union anti-corruption list 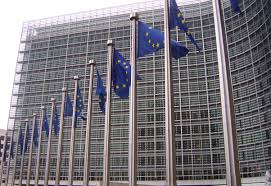 The European Union released last week a list based on NGO (Non-Governmental Organization)’s assumptions on corruption. Morocco is under a grey alert although Tunisia is signalled under the black list. What are the consequences for the foreign investments to both countries?

The European Union Commission in Bruxels.

17 tax havens have been declared by the 28 European countries last week including Morrocco and Tunisia. In total 47 countries were « grey » listed meaning they will be followed by the institution to bring them to a good fiscal governance.

A close source of the matter said that Morocco negotiated with officials to avoid the blacklist. The EU Economics Commissioners, Pierre Moscovici urges member states to tackle corruption by defining sanctions.

But the anti-corruption list has to determine what kind of sanctions the EU member states could take. The state evaluation is based on 3 criteria:

In total there are around 92 jurisdictions (domestic and specialized) on which the European Union could rely on to blame the corrupted states. The British NGO Oxfam which has the strongest criteria then the EU has for example blacklisted 35 countries.

Consequences for Morocco could be catastrophic as the country is one of the main EU trade partners. If states decide to ban financial exchange with them, the country could lose a large amount of money and investment in a very short time. Morocco has been pointed because of the lack of the economic reforms promised by 2019. The issue was mainly addressed against a gap in fiscal equity between different companies with is also a problem of fiscal transparency. But the country managed to negotiate to stay on the grey list and has 1 year to engage fiscal reforms in that direction otherwise the country will know the same fate than Tunisia.

Tunisia was blacklisted because of a lack of a real policy on economy, taxes and investments. After Pierre Moscovici, the country should soon get off the list. For Patrice Bergamini, the EU ambassador to Tunisia, the offshore and the financial service provider aspects played a crucial role in the negative decision. On their side, Tunisian ministers were « surprised » by the decision which is not reflecting for them their will to comply with the international financial requirements.