Why does the internet connection is so slow in Egypt? 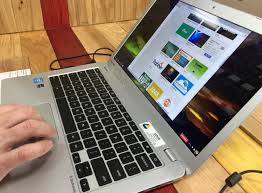 The web users are unhappy with the internet connection in the country. The operator owned by the State has been identified as responsible for the low connection and even been accused of online monitoring against Egyptian citizen.

The very low flow internet connection in Egypt is not accepted anymore by the web user. Online they denounced a weak system that cost 15 euros per month for only 4 megabytes per second (without any TV or phone contract).

On his side, Telecom Egypt the main operator is pleading for a « technical error ». As an explanation, the group declared that a submarine internet wire was broken close to Singapour, damaging connexion from Asia to Europe with Egypt on the way.

The version is slightly different for the web user thinking that the mass control of the social networks like Facebook, Twitter, or Instagram in Egypt is the action of the Member of the Parliament. On top of that, 2018 is a presidential year in the country with the president Abdel Fattah Al Sissi running for a second mandate.

It is true that Egypt has been blocked by the Saudi Arabia, Bahrein, and the United Arab Emirates during the common Qatar ban in 2017.