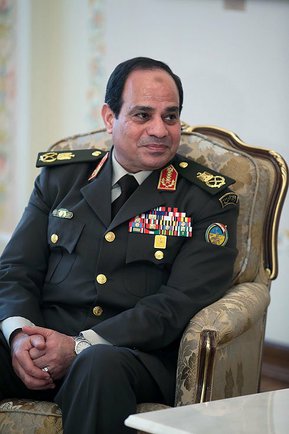 The presidential elections in Egypt set to be a one-man affair as the actual president Abdel Fattah Al Sissi severely attempted the process. This weekend one of the main opposition leader Sami Annan got arrested.

A wave of repression seems to hit the country for the presidential elections. The 27th of January, Sami Annan the previous army chief officer was arrested and imprisoned at the military jail.

The 29th of January, the official list for the presidential runners will be defined and Al Sissi is for the moment the sole contenders. A joint statement from the different stakeholders of the opposition was signed to appeal for the election boycott. They prevent that they are not going to recognise any results from it. The president office did not comment on the election race.

Mohamed Anwar Sadat (the previous nephew’s president Al-Sadat) who was the second man challenging Al-Sissi has withdrawn his candidacy to the upcoming elections. He denounced the massive wave of repression against journalists as well as any kind of informative persons from social networks.

As a reminder, the government of Egypt decided last week to extend the emergency state due to security reasons for 3 months.