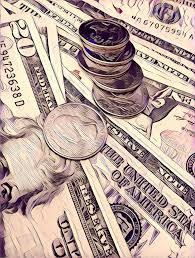 The financial transparency would not be that bad in Lebanon after a survey published by the Tax Justice Network: an independent organism based in London. Out of 112 countries around the world, Lebanon was graded at the 11th position.

This is quite a surprise that Lebanon got ranked 11th at the financial secrecy index around the world. Indeed the country obtained 72 points out of 100: a level considered as quite high regarding the organism standards.

The opacity score is calculated on twenty criteria based on the ability of a country to cooperate internally, the level of bank secrecy, or the fiscal data accessibility.

John Christensen, the founder of Tax Justice Network declared : “What the Financial Secrecy Index has done I think is help the public understand that tax heaven is much, much more deeply embedded in the entire global economy and it isn’t just small players with palm trees, it includes some of the biggest and most powerful countries in the world” .

Lebanon is not the most transparent country within the Arab world as the United Arab Emirates obtained the 9th position.

Lebanon had not been upheld by the European fiscal heaven blacklist in 2017 contrary to Morocco or Tunisia (who had been removed since for).