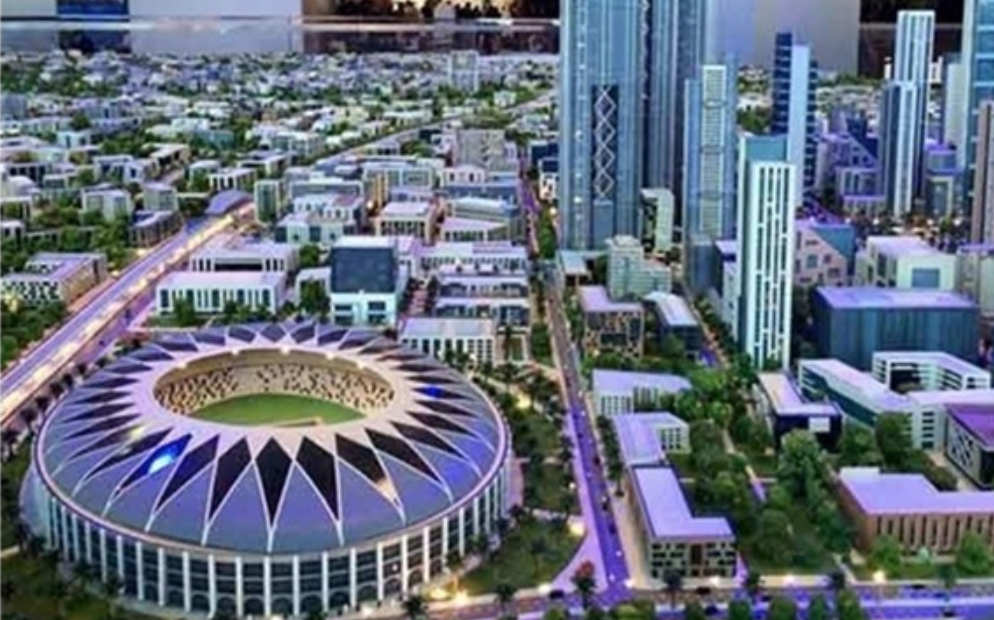 For over a thousand years, Cairo has served as the heart of Egypt. Yet, some 40 kilometers to the east, the government is constructing a new city. If all goes to plan, it will act as the new site of Egypt’s government. It promises to be better, bigger and newer, but a project of this magnitude also carries significant geo-economic implications.

The pyramids, the Sphinx, the Suez Canal…when it comes to megaprojects, Egypt’s been getting it done for centuries. Now the latest is a multi-billion dollar development on the outskirts of Cairo promises Egyptians a better life and a better capital carved out of the desert and directly in line with President Al Sissi’s new economic vision for Egypt.

It is a place that will boast in the end green ways that are bigger than Central Park.

The project’s first phase set for completion in 2019 boasts 36 government ministries, residential communities and the biggest cathedral in the continent of Africa. The total space is more than 175,000 acres, the double of Cairo. Home to over 22 million people, the current capital city is plagued by overcrowding, pollution and seemingly endless traffic jams.

The new capital promises all the benefits of a smart city: electric powered mass transport and wireless connectivity. While ministers and much of their staff are already making plans for the move with a basic apartment starting at 57,000 $, that leaves the majority of Egyptians priced out.

Cities from the scratch are not new in Egypt

Critics call it a “white elephant” project arguing that the multi-billion plan was initiated with little debate and that the funds could have been better put to refurnishing Cairo. Many Egyptians question the wisdom on embarking on a massive construction project at a time when the lower and the middle class are being hit by new taxes and high inflation.

The State is also taking out a 12 billion dollar loan from the IMF. If anything, the construction of the new capital senses a conflicting sign from the Al-Sissi administration. In addition, the idea of construction cities from scratch is not new. Egypt has at least 22 unfinished settlements in the desert, some dating back 30 years.

Collectively, these satellite towns hold about 1 million people, but most of the housing remains empty. One example is New Cairo, a suburb to the east of its namesake. Initially, it was meant to house 5 million residents. Yet a decade after completion, it only holds a population of toughly 200,000…