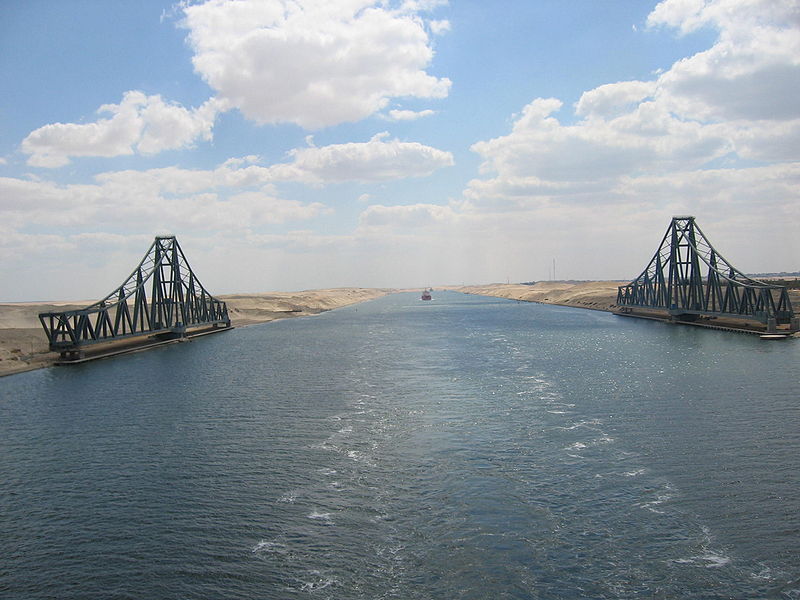 The new Suez Canal Economic Zone has a series of investments planned with a view to providing the necessary infrastructure required to attract potential investors into the space. The Suez Canal Economic Zone (SCZone) is fully integrated into the Chinese “Belt and Road” initiative, which aims to stimulate global trade by developing new interconnections around the world, the Egyptian Minister of Planning Hala al-Saeed said on Tuesday in a statement.

The General Authority for the Suez Canal Economic Zone, or SCZone, was established by Presidential Decree 330/2015 of 09/08/2015, four days after the inauguration of the partial doubling of the Suez Canal (72 km out of 193).

This project is one of the megaprojects decided by President Sissi to boost Egypt’s economic development. The ambitious objective set by the authorities is to concentrate 30% of Egypt’s economic activity, generate $100 billion/year in annual revenues for the State, create one million new jobs, welcome two million new residents and become one of the seven largest economic zones in the world by 2035.

TEDA is responsible for developing a 7.23 km area within the SCZone

“SCZone’s activities are fully integrated into China’s’Belt and Road’ initiative, and will strengthen the development of international trade,” said Hala al-Saeed at a conference organized by the SCZone and the Organisation for Economic Co-operation and Development (OECD).

The Minister pointed out that the SCZone was destined to become a major international logistics center, describing the SCZone as one of the largest development projects in Egypt and the world. This project “plays an essential role in boosting economic growth rates and job creation in Egypt,” she said.

The Tianjin Economic and Technological Development Area (TEDA), a Chinese industrial developer, is currently responsible for developing a 7.23 km² area within the SCZone. It is located in the district of Ain Sokhna, in the province of Suez, east of Cairo, the Egyptian capital.

Many companies have already been attracted to the SCZone, including Jushi, the Chinese glass fiber giant, which has enabled Egypt to become one of the world’s largest producers and exporters of glass fibers in recent years. Several other Chinese companies are currently working in Egypt on development and infrastructure projects in various fields, including energy and construction.