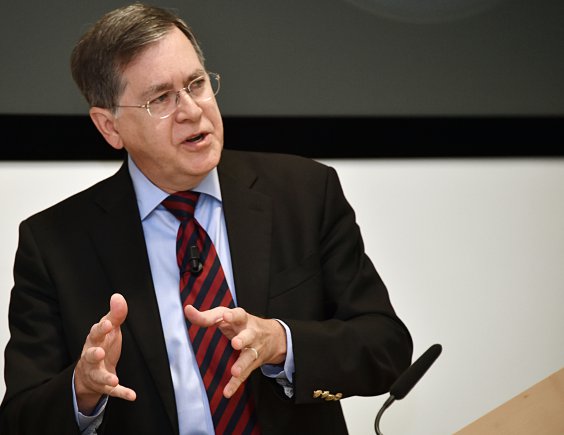 Prior to senior US diplomat David Satterfield’s visit to Lebanon, who was expected earlier this week but which will be delayed a few days, Lebanon laid down its conditions, namely the concomitance of maritime and land border issues. Mr Satterfield is commuting between Lebanon and Israel to mediate between the two countries over their border dispute.

It was expected earlier this week, but senior US diplomat David Satterfield’s return to Beirut will be delayed by a few days, according to concordant sources.

The US official should return to Lebanon with an Israeli response on Lebanese conditions which cannot be made any clearer: the concomitance between the two components of the land and sea borders (the Israelis leaned for a delimitation of the only maritime borders in a first time) and the refusal of a six-month period imposed for this operation.

Lebanese officials consider that the vision presented by their country is complete, based on interdependent factors and cannot be considered in a fragmented way.

The content of the Israeli response to the firm Lebanese conditions will therefore decide the fate of the negotiations that will have an impact on the exploitation of oil and gas wealth off the shores of the country (as there are cross-border gas and oil fields and Lebanon needs oil to produce electricity).

It is worth saying that some sources believe that the Lebanese position being very firm, the Israelis would feel compelled to improve their conditions.

Others point out that Lebanon must wait for this response to react, knowing that the delimitation of the land border should necessarily include the issue of Shebaa farms and hills Kfarchouba, which remains outstanding between Lebanon and Syria. These sources, however, stress that stability in Lebanon is an American priority.

Satterfield earlier visit to Israel to finalize a date for negotiations

Last week (on Thursday, June 13th), David Satterfield arrived from Lebanon in Israel to try to finalize a date for negotiations to begin over the maritime border dispute with Beirut.

This is the senior US diplomat’s second visit to Israel and during which he met with National Security Adviser Meir Ben-Shabbat. Prior to this visit, Mr Satterfield was meeting in Beirut with Lebanon’s speaker Nabih Berri and Prime Minister Saad Hariri on Wednesday.

According to the Israelis, the Lebanese are balking at bilateral negotiations with Israel, which is why the US serve as mediator, and why the talks are expected to take place at the UNIFL offices in Nakura, in an attempt to include the UN in the discussions.

It is worth noting that one of the key sticking points preventing the launch of the negotiations is whether they will be open-ended, as demanded by Lebanon, or over a six-month period, which is the Israeli position.