Algeria’s trying to boost its agriculture 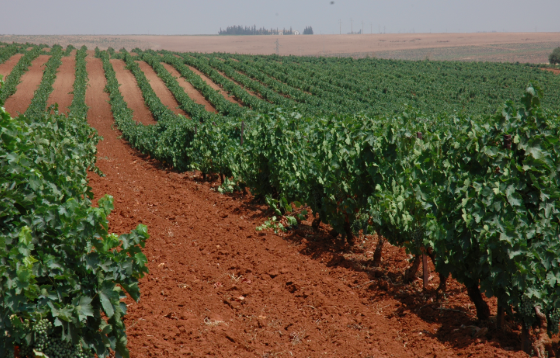 Algeria’s agriculture has been underperforming for a number of years. The country is trying to boost this vital sector through a new approach.

Algeria has been recently adopting measures to boost investment and increase production in agriculture, as the country looks to curb its imports in a context of declining state revenues and faltering of the economic growth. Speeding up development of the agriculture sector has thus become a pressing goal for the country. Let’s take a deeper look Algeria’s agriculture sector with Ecomnews Med.

A sector held back mainly by legislation

In Algeria, agriculture accounts for nearly 13% of GDP and employs around 11% of the country’s active population. The development of this sector has been traditionally held back by legislation, land ownership and financing. From 2007 to 2017, the state has made huge efforts to clear some of these issues, in a context where the economic pressure resulting from the fall in hydrocarbons revenues is urging the country’s authorities to review its position on the agricultural sector’s structure and importance. Consequently, the state has been gradually adopting new approaches, namely giving a bigger importance to intensive and large-scale farming. To help achieve the overall agriculture development goals, the government is counting on private investment.

The issues of milk and grain

Until the agriculture and rural development action programme for the five-year period 2020-2024 is finalised as part of the government’s plan to breathe a new lease of life into agriculture, urgent matters are already on the table in this ministerial department and in the trade department, both in terms of production and distribution. Among these emergencies are the thorny issues of milk and grain on which the country’s food security depends.

With a food system based essentially on these two products and a heavy dependence on imports, the measures implemented so far to increase production have not given satisfactory results. Otherwise, how else can we explain the recurring milk shortages and all the malfunctions in the cereals sector and how can the country remedy them?

Agriculture, like other sectors in Algeria, faces governance failures. The experts say: Instead of being based on economic truth, agriculture is administered. This is one of the main causes of disorganization through different channels. Milk and cereals are paying the costs of this management, which has serious consequences on state spending through massive imports costing billions of dollars. If for cereals, the problem of availability does not arise, for subsidized milk (packaged pasteurized milk), there is great anarchy.

Since the discovery of its large water potential, the Sahara, where the oasis agriculture was in difficulty, has been considered as an opportunity for Algerian agriculture. In some regions, the combined effects of ambitious public policies and local dynamics have deeply changed the landscape of the Saharan oases. In Algeria, this is the case of the municipality of El Ghrous in the region of Biskra, where for 20 years, palm tree monoculture and tunnel greenhouses have dramatically expanded on the margins of traditional oases.

Biskra is one of the Saharan wilayas where the implementation of the land values has enabled a spectacular agricultural development on a broad pioneer front. The Saharan neo-agriculture (as opposed to traditional oasis agriculture) has developed rapidly, pioneering front-type crops, particularly with the market gardeners under plastic greenhouses (plasticulture) who have been developed in certain parts of the wilaya, in parallel with the Phoeniculture.