The Moroccan and the COVID19 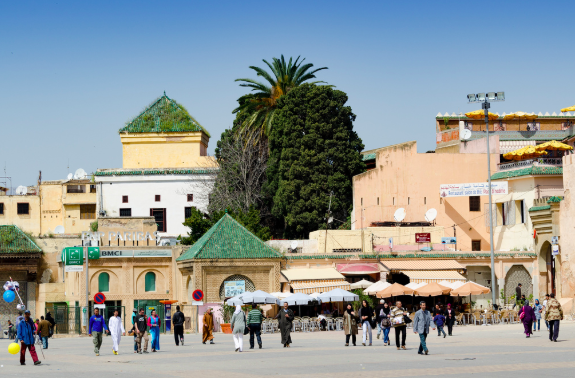 As the new Coronavirus rampages almost every country in the world, the Moroccan industry sector took the lead to protect the population from the deadly virus.

The economy of the kingdom of Morocco has long been dependent on tourism, the export of raw material and agricultural goods as well as on money transfers made by foreign nationals living abroad as main sources of foreign currency. The later is much needed in order to pay for the country’s imports especially the crucial oil and gas as well as manufactured goods. Spotting the challenges this model posed for the serenity of the economy, the kingdom’s highest authority sanctioned the adoption of a special stimulus plan aiming to attract foreign investors in the industrial sector. The success of the plan cannot be overlooked, especially if we take into consideration the implementation of two car factories by big French manufactures and the attractiveness of the city of Casablanca for Aero spatial industry professionals.

In 2020, as the new Coronavirus rampages almost every country in the world, the Moroccan industrial sector has found a new and pivotal role in the country’s efforts to protect its population from the deadly virus.

An avalanche of measures to protect the population

At the beginning of the outbreak, the Moroccan authorities were very reactive and imposed a series of strict measures in hope of slowing down the spread of the virus. In fact, the country was one of the very few who chose to put the public health concerns ahead of economic recession fears that pushed so many others to delay actions or choose to adopt less heavy-handed decisions. Starting by suspending flights with hardly hit nations in Europe and the Middle East, Morocco swiftly closed its borders, suspended all “unnecessary” economical activities and banned public events. It didn’t take long for the country to impose a night-time curfew starting from 6 PM.

Morocco didn’t shy away from putting everything it has into the fight against the invisible enemy. As the authorities scrambled to put together a plan of action, health officials reached out to the local pharmaceutical industry in order to boost the production of necessary equipment and medication. The attention turned into two drugs in particular, “Plaquenil” and “Nivaquine”, made by the Moroccan subsidiary of the French pharmaceutical group Sanofi in Casablanca. The country offered to buy all the inventory of theses promising medications made locally and received a favourable response from the company.

The textile industry has also been very reactive in dealing with the health crises and switched to making face masks destined not only for medical staff but also to the public since the authorities made wearing masks mandatory for every person authorized to leave their residence following reports that the airborne infections are more significant than previously taught. In the wake of the decision, factories have boosted their production to 4 million masks per day; part of these will be exported to some European and African countries facing a severe shortage of protective equipment according to the Minister of Industry.

And like in many other countries, industrial resources have been diverted into making in-house ventilators with 500 units already available for use in Moroccan hospitals. The country also showed a willingness to help other African countries design and produce their own equipment to fill the gap caused by the suspension of the exports of ventilators by almost every major foreign