Tunis will soon welcome the first multiplex cinema of the country ! 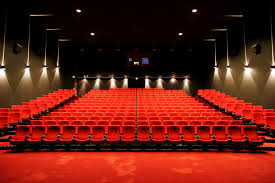 The French affiliate company Gaumont & Pathé specialised into the cinematographic production decided to open a multiplex in Tunis, the capital of the country. The launching has even received the visit of the French ambassador to Tunisia Mr Olivier Poivre d’Arvor !

Gaumont & Pathé will co-finance the cost of the first multiplex cinema in Tunisia with Mabrouk (which means “good luck” in Arabic) group a local partner of the French company. Mohamed Zine El Abidine, Ministry of Culture in Tunisia was here to encourage the initiative.

Zied Laadheri, Ministry of Trade thinks this is great opportunity to promote the cultural cooperation between France and Tunisia: an idea shared by the French ambassador in Tunisia who was also present at the event. Wassim Beji who is an half French and half Tunisian cinema producer has followed the trip as well.

The cinema will cover a 5 200 m2 surface with 8 rooms with a maximum of 1 500 seats inside the commercial centre of Tunis city. About 150 movies both locals and international will be displayed a year.

The Gaumont & Pathé Company aims to develop many others cinemas around Africa. Tunisia is indeed the first step to get into the french speaking cinema market in Africa.

Find out more about the Tunisian Economy with our videos :