Morocco: the Tramway extension in Rabat will cost 29 millions Euros. 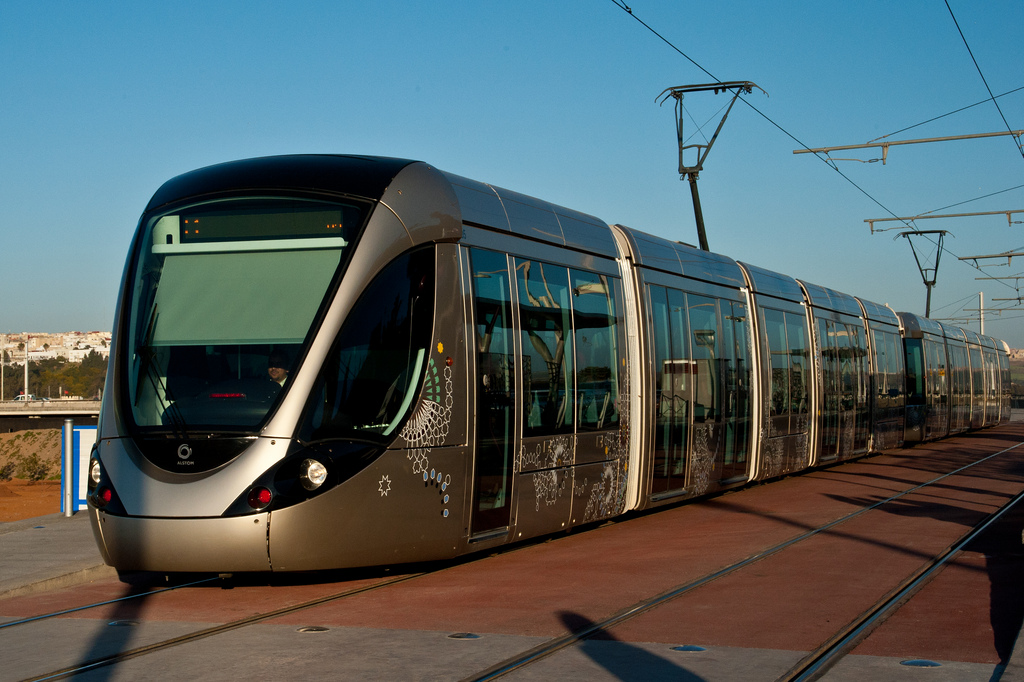 Colas Rail and GTR will be in charge of the Rabat-Salé tramway extension with works in progress estimated to last for at least two years.

The tramway line 2 between Rabat and Salé in Morocco.

That’s been a long time that we were following the Line 2 tramway extension in Rabat! Indeed the new transportation policy of the municipality could seriously change the economic perspectives wanted by Mohammed VI King of Morocco.

Colas Rail and GTR have just started the work at the beginning of August. In total, 7km of rails and Tramway signal will be achieve. A storage track will be also provided into the Hay Karima deposit for a cost estimated around 29 millions Euros. Acceptance of work and delivery of the tramway deemed to end in 2019-second semester.

Colas Rail and GTR owned by the French company Bouygues, have already built the line 1 and 2 in Rabat and the line 1 in Casablanca. The constructor is also the starting point of the first high-speed train in Africa between Tanger and Kenitra  (both located in Morocco) planned to be completed at the end of 2017.