Israel: Netanyahu might be the 1st PM on duty to visit Latin American countries 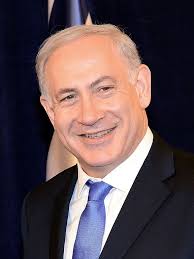 The Prime Minister of Israel announced that he would visit Argentina and Mexico next month. Then he will come to the United Nations General Assembly in New York.

Netanyahu had already planned to join the 72nd United Nations General Assembly starting on September the 12th. Originally it was scheduled that Netanyahu will be back in Israel in Rosh Hashana on the September 19th. But after the Jerusalem Post, the Prime Minister intends to visit Argentina and Mexico and then, become the first Prime Minister on duty who has ever visited Latin American countries.

Since 2015, the Israeli Argentina relationship got better within Mauricio Macri presidency. Last year, Netanyahu met the Guatemalan president Jimmy Morales who declared that diplomatic relations could be improved in many ways.

The Netanyahu’s visit matches with the 70th anniversary of the Israeli territorial partition plan decided by the United Nations. At that time, 13 countries from Latin America and the Caribbean voted in favour of the project, enabling Israel to become independent.

However Netanyahu will not visit Brazil where diplomatic tensions last for many decades. From Lula Da Silva to Dilma Rousseff presidency until now, problems are recurrent over the Israeli Ambassador to Brazil choice. Brazil is the biggest Latin American country with 120 000 Jews living in.