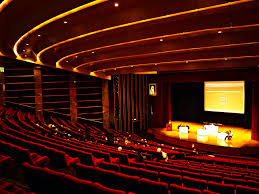 The annual World Policy Congress is taking place in Marrakech, Morocco. This year the expertise of Lebanon will be honoured with Riad Salamé the central bank governor in front of a prestigious decision makers community around the Mediterranean.

Today is the 10th edition of the World Policy Conference organised by the French International Relation Institute (IFRI). Indeed Lebanon is playing a central role in the Syrian crisis. With a shy economic growth recovery of 2% by 2017, Lebanon is one of the focal points of the regional power.

The IFRI is ranked as the 3rd most powerful think tank in the world. This year prestigious guess are invited as Jean Yves Le Drian the current French Foreign Minister, Miguel Angel Moratinos previous Spanish Foreign Minister, Joschka Fischer previous German Foreign Minister or the Constantinople Archbishop Bartholomee the First. Many ambassadors, ministers, academics and intellectuals will come to Rabat, Morocco this weekend to debates into workshops on « Finance and Economy » and on « Middle east Tendencies ».

Riad Salamé the Lebanese Central Bank Governor will be the speaker at the workshops on « Finance and Economy ». Jihad Azour the previous Finance Minister of Lebanon will participate in the workshop as an economist. Indeed Jihad Azour is today the director of the Middle East and Central Asia department of the International Monetary Fund. Riad Tabet one of the best Lebanese Businessman is coming to share his own experience on economy and trade as well as Samir Nasr, the founder of the ECE: an Economic Research Center making recommendations.

We can note down the presence of Meir Sheetrit an Israeli MP (Member of Parliament) born in Morocco who was Minister into many governments until 2009.

Lebanese personalities appear today as the key understanding of the economic issue that the Middle East is going through.