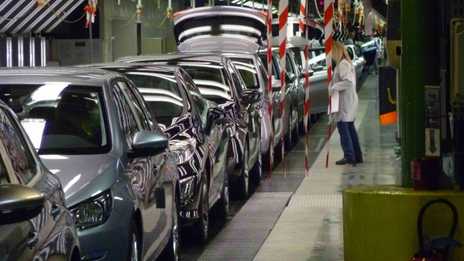 The French carmaker Renault reported a rise in its 2017 global sales, especially around the Mediterranean countries. The French auto giant expected a significant growth this year.

2017 was a record year for Renault. On top of the world group sold 3,76 million vehicles with record sales for its Renault and Dacia brands, the range renewal and geographic expansion bring results.

As an example Turkey market registered 130 276 sales, up to 7% from previous year. Even if the Turkish market is declining by 2,8%, the French carmaker has become the first brand in the country with 13,6% of the market share : “ in 2018 we will pursue our growth and internationalization of our sales in line with the Drive The Future plan ” said Thierry Koskas Groupe Renault Executive Committee member in a statement. The Turkish market is the 6h consumer of the manufacturer.

Renault also registered a growth of 5,6% of its sales in Maghreb, with a market share established at 42,4%, up by 4,1% compared to last year. Indeed Algerian market has exploded with a 62,8% record of market share up by 11% regarding the last exercise.

As a reminder, the French Company has a manufacture in Bursa (Turkey) which is employing more than 6 000 people. And two others in Tanger and Casablanca (Morroco) which produced their millionth vehicle this year.