Egypt/companies: a partnership between Linatel Telecommunications and Egypt Telecom is in sight 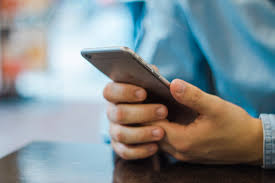 Information released by the telecommunications services provider Linatel Telecommunications CEO’s Hamdy El-Leithy reported that the company started to negotiate with state-owned Telecom Egypt in order to contribute to the development of its mobile network infrastructure.

Hamdy El-Leithy added that his company is working on resuming the negotiations that it has started with Egypt Telcom since 2017. The state-owned group is expected to bring this matter to a conclusion within few days.

Furthermore, Egypt telecom which begun is activities in the mobile network market last year under the brand “WE” is currently relying on its competitors’ (Orange, Etisalat Misr) infrastructures following the signature of a national roaming agreement allowing the exploitation of their network.

The company is now looking for ensuring more economic independence. Thus, some administrative measures were undertaken by the company beside the 4G network infrastructure set up, in order to obtain the necessary frequencies for mobile services. An investment worth around 79 million dollars was decided in that direction.

It is noteworthy to mention that Egypt telecom’s turnover reached around 750 million dollars in 2017, growing up by 37%.