Morocco: 87 million of euros have been injected into the Guelmim-Oued Noun region 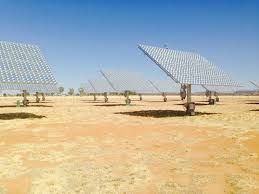 Guelmim-Oued Noun region located in the South of Morocco will benefit from a state envelop estimated around 87 million of euros. It should push for 260 enterprises to settle-in, and could generate 960 jobs opportunities.

The Guelmim-Oued Noun region is often described as a modest place in Morocco. However, the region registered a 60% growth last year thanks to 111 new created companies. The project aims to develop investments realised in the renewable energy, the construction industry, in the mining operations or in housing.

An integrated program of development lead by the Kingdom supporting decentralization had positive impacts on the regional economy. the Social economy conception is the core way of developing both investments and the employment rate.

On the 296 companies created, 95% of them were oriented into the service industry. The Tan-Tan county attracted 267 enterprises, 90% of the whole implanted companies. To compare, the Assa-Zag county is only representing 29 newborn companies.