The trade between Egypt and USA worth 5, 6 billion dollars in 2017 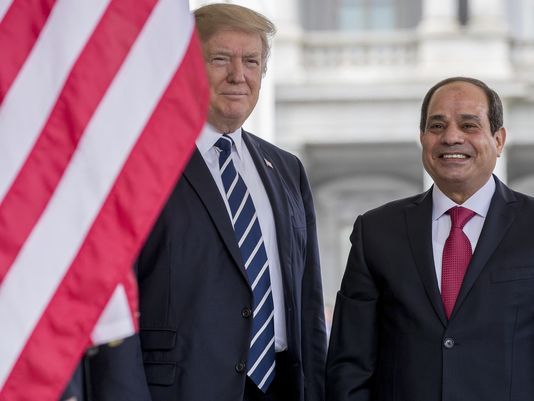 The trade between Egypt and the USA was worth around 5, 6 billion dollars in 2017, increased 13% compared to 2016, while the value of American Investments in Egypt reached around 2, 4 million dollars.

Egyptian Minister of Trade and Industry Tarek Kabil said during a meeting held with a delegation of the American Chamber of Commerce in Egypt (AmCham) that the trade between Egypt and the USA is in full swing.

According to the minister, the trade between the two countries reached an amount of 5, 6 billion dollars in 2017, a 13% rise than 2016. The most important Egyptian products exported to the United Stated included ready-made garments, textiles, fertilisers, iron, and steel, paper, vegetables, fruits, and plastics.

Moreover, he also stressed that the American investments in his country represented an income of 2, 4 billion dollars, which represents 35, 4% of US direct investment in Africa and 46, 2% in the Middle East. Investors have shifted their interest to the sectors of industry, services, construction, finance, agriculture, and communications and information technology.

Furthermore, the meeting between Tarek Kabil and the AmCham representatives is aimed at paving the way to the five days next door-knocking mission which will be allowing 35 local companies to sign the praises of the Egyptian market, in Washington DC.