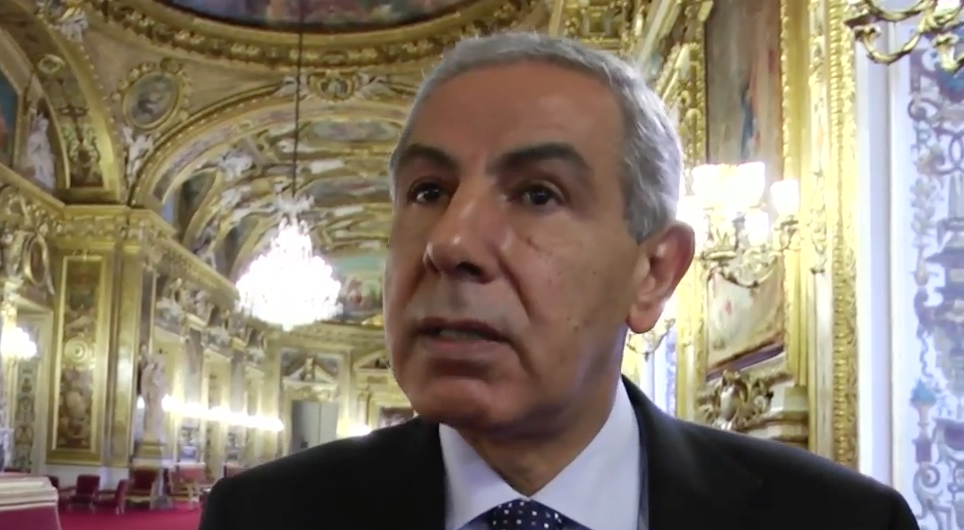 The volume of trade exchange between Egypt and the European Union (EU) countries registered €28 billion in 2017, up from €27.3 billion a year earlier, Minister of Trade and Industry Tareq Qabil said in a statement last April 20.

Tareq Qabil during an interview with EcomnewsMed.

” The EU is first Egypt’s economic partner “ pointed Tareq Qabil. The Trade and Industry Minister know how important is its relationship with the European partner.

Indeed, if the trade between Egypt and EU increased it’s partially the result of an increase by 21% in Egypt’s exports towards the EU “Exports to the European markets recorded €8.1 billion in 2017, compared to €6.7 billion in the previous year” added Tareq Qabil.

Even if Egyptian officials dream of an impossible trade recovery, there is a reason to be satisfied. The increase in Egypt’s exports to the EU jumped 21% year-on-year in 2017 “The EU is the most important export market for Egypt and accounts for 22.7% of Egyptian exports to foreign markets,” Qabil said.

The exports which made increases to the EU in 2017 are steel, aluminum, and their products, fertilizers, chemical goods, agricultural products, engineering goods, plastics and its products, building materials, textiles, garments and leather products.

And the most important customers are Italy, Germany, Spain, Bulgaria and the United Kingdom.