Collaborative economy: a key to foster women labour market participation in the MENA? 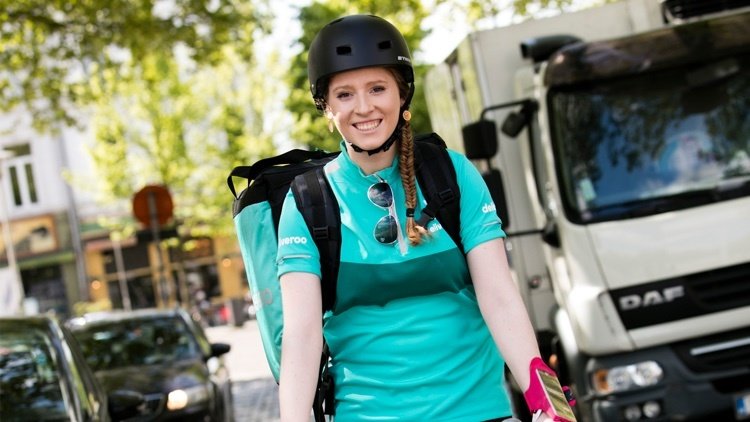 According to Dr. Katarzyna W. Sidło (CASE, FEMISE) the collaborative economy could increase labour force participation of women in the MENA (Middle East and North Africa) region. In the latter, 35% of internet entrepreneurs are women.

If you are interested in the collaborative economy, you would certainly know something about Imadrassa, the new digital school in Algeria or kahrbetna.com, the successful Tunisian car-sharing platform. Those new economic concepts are revolutionizing the global labour market and enhancing new mechanisms of professional integration for men and women.

Nowadays, you can borrow a car from your neighbour, instead of owning it. You can rent out spare rooms, igloos or even teepees everywhere in the world! This is made possible by the collaborative economy, also known as the sharing economy. It can be defined as a peer-to-peer activity in which ones can obtain, supply or share access to goods and services thanks to the use of technology. It is mainly built on trust.

The success of companies, such as Airbnb and Uber, intensified the expansion of this innovative market model. On the other hand, some experts argue that this concept is not new, but more an extension of existing market models of the companies that created new marketplaces and fostered trust and collaboration in the web. From that point of view, the predecessors of the sharing economy companies were e-Bay, Wikipedia, PayPal, Facebook and YouTube (“The rise of the sharing economy”, 2013).

Activity in the sharing economy across Europe has increased over the past two years. In 2015, “five key sectors of the sharing economy generated platform revenues of nearly 4 billion euros and facilitated 28 billion euros of transactions within Europe”. According to PWC, those sectors include: “peer-to-peer accommodation”, “peer-to-peer transportation”, “on demand household services”, “on demand professional services” and “collaborative finance”.

In particular, MENA region seems to follow this path. It appears that consumers spend annually around 10.7 billion dollars on collaborative platforms in the Gulf Cooperation Council countries, as stated by Strategy&.

Meanwhile, Dr. Katarzyna W. Sidło (CASE, FEMISE) issued that practical, societal and family reasons prevent women from entering in the labour market within the MENA region. Indeed, the latter is affected by high female unemployment and low female labour participation rates, points out ILO. Against all odds, the main reason is not the supposed disparities in education between men and women, but the “social-cultural norms”, explains Dr. Sidlo.

Actually, it seems that in many countries across the region,women are essentially seen as housewives, less as breadwinners. Indeed, “half of the male respondents in Egypt, Algeria, and Palestine do not believe that it is acceptable for women in their family to have a paid job outside the home”

Although progress has been made in the region, the gap between men and women in finding a job is still significant, according to the Global Gender Gap Report (2017).

Dr. Katarzyna W. Sidło emphasizes that sharing economy could solve this issue, by offering opportunities for women in the MENA region. Indeed, this system allows them to get knowledge, skills, as well as funds needed to launch their own business online. At the same time, its flexibility makes easier for them to participate in the labour market while taking care of their family. This, in turn, could contribute to their empowerment, since women form a significant number of users of various collaborative platforms.

For instance, car-hailing services such as Careem and Uber, could offer secure commute options and hire female clients. Crowdfunding platforms, such as Zoomal and Beehive also allow women to seek funds in online communities in order to finance their own business. Finally, entrepreneurs can provide good and services to clients from home, through online marketplaces. As an example, on Etsy, 87% of sellers are women in 2016.

On the other hand, the scientist stresses that collaborative economy faces a number of challenges. For instance, the lack of regulations does not guarantee that women will be covered by social security or protected by the labour code.

On top of that, even if the collaborative economy has been growing rapidly, it should not be considered as a solution to the unemployment issue. Therefore, “governments should develop adequate legal framework” in order to protect worker’s rights. Another solution would be to “use solutions offered by Islamic finance for women whom religious observance is of great importance”. Finally, governments need to “facilitate provision of fast, reliable, and affordable internet for all their citizens” she added.

Companies are also involved in the process, by encouraging women to join their team and offering them good working conditions. However, other initiatives can be done, including “social campaigns or reach out to women in rural areas” she concluded.

Dr. Katarzyna W. Sidło is a Political Economist at CASE – Center for Social and Economic Research in Warsaw, Poland and a consultant at Blue Dot Solutions. She holds a PhD from the Faculty of Oriental Studies, University of Warsaw, and gained her professional and research experience in a number of countries, including Lebanon, Syria, Jordan, the UK and Poland.

Katarzyna was a Visiting Scholar at Centre of Islamic Studies at the University of Cambridge and currently serves as an Editor of the Sharia- Source Project of the Islamic Legal Studies Program at Harvard Law School. Her research interests focus on political economy, economics of religion, and migration. She specializes in the MENA region and the EU Southern Neighborhood.

The MED BRIED (May 2018) is available for download here.