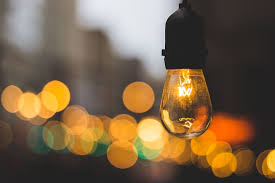 If oil prices keep going up, electricity rationing may not follow in Lebanon. Indeed, it could decelerate if oil prices continue to exceed nearly 52 euros, the Electricity of Lebanon (EDL) official told to the Daily Star.

Nowadays, a barrel of oil costs around 70 euros, indicated the EDL official. But why? This increase may be related to geopolitical reasons, particularly after U.S. President Donald Trump withdrew from the Iran nuclear deal, on May 8, 2018.

Meanwhile, the gap between electricity production (1,700 megawatts) and the actual consumption (3,300 MW) is significant, even alarming. Several factors could explain this increase in electricity consumption.

To begin with, as the summer months begin, air-conditioners (AC) are widely used by companies, restaurants, and households. Furthermore, the country of Cedars welcome over “1.5 million Syrians who consume 450W” said the Official.

As a consequence, he declared that “EDL will not operate additional power plant now if the prices of oil remain above 52 euros”. On top of that, Lebanon does not buy electricity from Syria anymore, because of prices fluctuations: oil becomes expensive.

But what can be done? It appears that the Lebanese government subsidizes fuel prices for EDL, since 1982. However, this system could lead to an increase in public spendings and structural deficits. Therefore, at the Conference (CEDRE) held in Paris, on April 6, 2018, Lebanon was encouraged to launch structural reforms, in order to enhance this issue, among others. In return, Lebanon received an aid of nearly 9.5 billion euros to reorganize its infrastructure and foster its economy.

Finally, the Lebanese government will rent a third power barge, explains the Daily Star. This new barge provided by Karadeniz Holding would “provide an additional 200 MW of power”. Energy Minister, Cesar Abi Khalil, explained that the kilowatt-hour price would cost 4.3 euros instead of 5 euros, after negotiations.