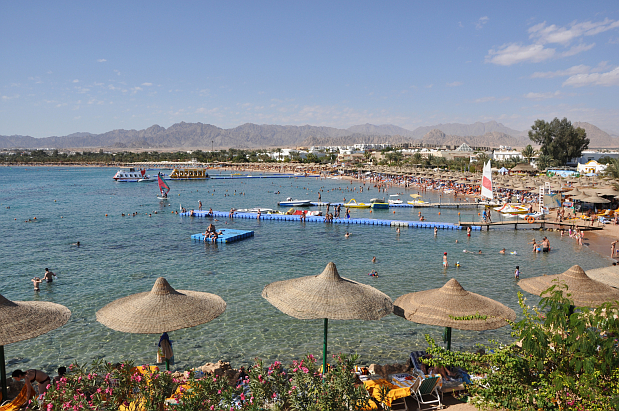 The number of tourists which hit a 15 million peak a decade ago had plunged after the Revolution and a series of terror attacks. Now Egypt is back in the competition.

Tourist number began to plunge in 2011 as the Arab spring brought instability to the country leading to a series of terror incidents, most notably the bombing by Daesh of a Russian charter flight in 2015. Russia and Britain were among the countries to halt flights to the resort city of Sharm El Sheikh.

Since then, president Al-Sissi has launched a series of military operations against terrorist cells in the Sinai Peninsula to restore stability. Tourist numbers picked in 2010 at 14.7 million visitors. But by 2016 they were down almost two thirds (5.3 M). In the past year (2017), Egypt hosted more than 8 million visitors; a great score that allow hopes.

Even this low recovery is welcomed to tour operators and shopkeepers. “Arab tourists are always here, but Spanish, Americans, Italians and French are returning once again. Work starts to get better and tourism is getting back to normal” says Khan el Khalili, a souk trader, to TRT World. Furthermore, group travel jumped 66.5%.

A strong 35% growth in February

According to the Central Agency for Public Mobilization and Statistics (CAPMAS), Egypt welcomed more than 730,000 tourists in February 2018, which represents a 35% increase compared to the same month last year. Beside foreign visitors from Europe, the country enjoys massive arrivals from new Asian markets, namely South Korea, China and Malaysia.

Loly Gamal, the founder of Egypt Western Desert Tours, expects the tourism to continue to grow in summer 2018, estimating a solid increase of 20-30%. “These foreign tourists, mostly and lately come as a group tour, are looking for more attractions to extend their holidays in Egypt after cultural and historic main site visits of Cairo, Luxor or Aswan” Gamal said.

According to TourMag, a French pioneering travel magazine, the percentage of French tourists who visited Egypt in the first half of 2018 has increased by 146%. “Tourists no longer prefer going to Tunisia or Turkey only, Egypt is back in the competition again after years of instability”, TourMag added.

The magazine recalled what French Ambassador to Egypt Stephane Roumtier had said one year ago in a press conference in Alexandria: “Egypt will witness an increase in the number of French tourists”, praising the country’s reinforced security procedures at archaeological sites.