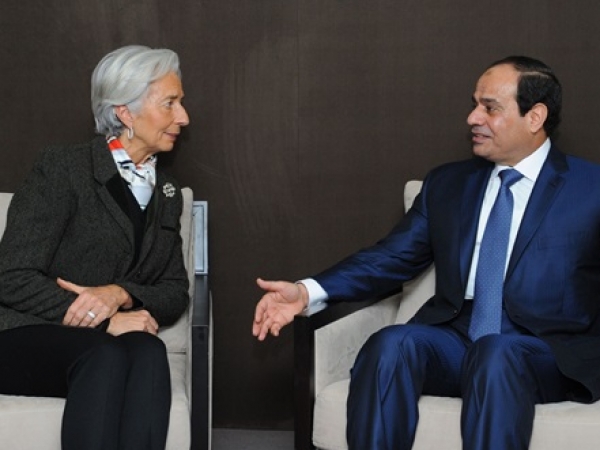 “President El Sissi and I discussed the good progress under Egypt’s economic reform programme supported by the IM’s US $12 billion Extended Fund Facility”, said Ms. Christine Lagarde, Managing Director of the International Monetary Fund. After relatively strained discussions a year ago, the IMF has been making more positive statements about Egypt in recent months.

Egypt has recently been crowned Africa’s best country for investment for the second year in a row. Good news comes in pairs as they say.

Following a meeting with President Abdel Fattah al-Sisi in New York, International Monetary Fund (IMF) Managing Director Christine Lagarde made a very positive statement regarding the progress of structural reforms in the country of Pharaohs. Lagarde stated that Egypt’s economy was showing strong signs of recovery and reiterated the IMF’s will to capitalize on Egypt’s macroeconomic gains to advance the authorities home-grown structural reforms.

“These reforms will help achieve more sustainable, inclusive and private-sector led growth which will help create jobs for Egypt’s young population”, Lagarde stated on the sidelines of the 73rd session of the United Nations General Assembly (UNGA 73).

One of the world’s fastest-growing Economys

In exchange for issuing the IMF’s loan programme, Egypt had to cut down state subsidies and to devalue its currency. Months later, the Egyptian pound halved against the greenback and inflation rose. So far, Egypt has received US $8 billion out of the promised 12 billion.

At the end of summer, the new government announced that the country will start the repayment of the IMF loan in May 2021, starting with a US $2.75 billion tranche, with equal tranches that would end by 2026.