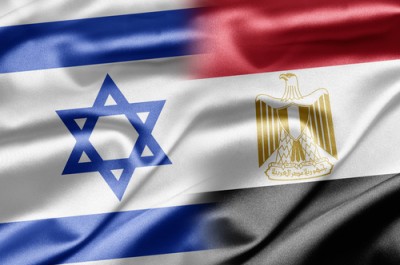 “Even if we don’t share the same values, we can share the same interests”. The Egyptian Military recently announced that commercial truck traffic with Israel had resumed through a border crossing in the Sinai Peninsula that had been previously shut down due to the violent jihadist insurgency.

The trade passed via the el-Auga route, south of Gaza and closer to the northern Sinai. Never before an Egyptian President and an Israeli Prime minister worked so closely or discussed issues and interests so freely.

Israel has an immediate interest in reinforcing political governability and the effectiveness of Egypt’s anti-terrorism campaign in the Sinai Peninsula, whereas Cairo continues to place restrictions on leveraging the trust between the Israel and Egypt military echelons in northern Sinai into improving other areas where the two countries have mutual interests, especially when it comes to cooperation in the economic, scientific, or cultural fields.

Unlike the USA which places hurdles on Egypt before the delivery of a few F-16 fighter jets, “it took one phone call from Cairo to Jerusalem to authorize whatever Egypt wants in Sinai, counter to the military annex”, said an official from the security annex of the Camp David accords.

The Israeli Military is quietly stepping up its cooperation with Egypt as both countries continue to face security threats from terror groups in the Sinai region, the main distribution point for Egyptian natural gas. Recently, Israel has notably agreed to Egypt’s successive requests to increase the number of its soldiers stationed in the Sinai Peninsula to fight the Islamic State jihadist group.

Israel and Egypt which had signed a peace agreement in 1979, have obviously consulted on military issues, even during the ousted President Mohammed Morsi’s government. But the diplomatic relationship between the two countries has only strengthened since the latter’s overthrow, with both countries battling Jihadi groups in the northern Sinai.

Discover out our latest videos about the economic news in Israel and Egypt :