China will run the Haifa port in Israel 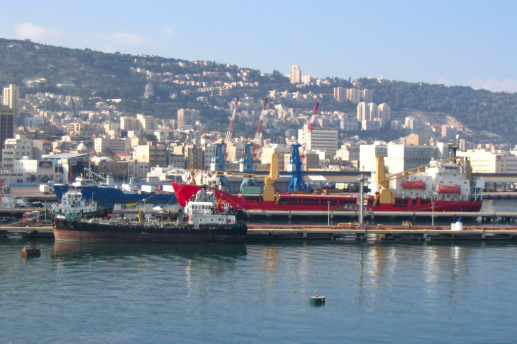 The US Navy has announced that it may suspend its operations in Haifa as soon as a Chinese company takes over the port in 2021 following an agreement with the Israeli government.

The US Navy has announced that it may suspend its operations in Haifa as soon as a Chinese company takes over the port in 2021, following an agreement with the Israeli government. Haifa, Israel’s largest port city, has regularly hosted American-Israeli naval exercises and American ships. However, the 2015 agreement between the Israeli Ministry of Transport and the Shanghai International Port Group (SIPG), which is partly owned by the Chinese government, could cast doubt on the future of the American-Israeli partnership.

Haifa is the port through which Israel intends to transit gas from the Mediterranean via the Red Sea to Europe. The Chinese choice is strategic insofar as Beijing will not allow either the USA or its allies to seize the Babel Mandeb Strait or the Red Sea to disrupt the transit of its goods to Europe. According to the Israeli Daily News, a Chinese company has won the tender for a 25-year port development project in Haifa, which, represents a threat to American interests in the Mediterranean.

The agreement gives the SIPG control of the port for 25 years starting from 2021. The group is investing two billion dollars (1.77 billion euros) in the construction project for a new port terminal. The US government fears that the presence of Chinese port operators in Haifa near its ships could endanger their activities.

A month ago, retired Admiral Gary Roughead, former head of U.S. naval operations, warned that a Chinese managed port could force the navy to moor its warships elsewhere: “Chinese port operators will be able to closely monitor the movements of American ships, be aware of maintenance activities and have access to equipment. This upcoming Chinese deployment in Haifa may also threaten Israel’s security as the port is located near an Israeli submarine base.”

US officials raised their concerns with Israeli counterparts

According to sources close to the case, US defence officials have privately raised their concerns with their Israeli counterparts, despite the Israeli government’s agreement to “revise the agreement at the highest level”. A senior IDF officer confirmed that the revision of the agreement had been approved by Yisrael Katz, Minister of Transport and member of the Israeli Ministerial Commission for Security.

The officer confirmed that the review was ongoing, but that the outcome was uncertain. The Israeli Prime Minister’s office, the Ministry of Transport and the Ministry of Foreign Affairs refused to comment on the future of the agreement.