Morocco and India will cooperate in the field of vocational training 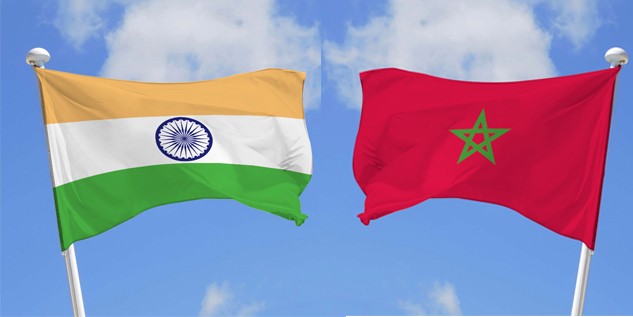 Morocco and India signed in Casablanca a three-year partnership agreement in the field of vocational training, which can be extended by mutual agreement.

A bilateral agreement was signed on Thursday in Casablanca, Morocco, between the Office for Professional Training and Labour Promotion (OFPPT) on the side of Morocco and the National Skills Development Corporation (NSDC) on the side of India.

According to official sources, this agreement covers the field of vocational training and sets out the general principles that will govern the cooperation between the two structures.

The agreement aims to establish a partnership based on, among other things, the transfer of know-how and skills. By this act, both parties are committed to developing cooperation in various fields, including the training and further training, both in the technical field and in the field of engineering and employment services.

In this regard, the NSDC will mobilize its experts to support the OFPPT in the design and the development of new training projects and programmes to help young Moroccan apprentices gain qualifications and better integrate into the labor market, while improving the general skills of the local workforce.

This new agreement between India and Morocco in the field of vocational training also provides some joint operations.

Thus, the OFPPT and the NSDC have agreed to develop in partnership and to respond jointly to calls for tenders issued by training providers for technical support and assistance in countries where their experts could act as service providers.

The two institutions will also conduct prospecting missions led by experts from both countries, in order to establish a joint action plan on the strategic areas of cooperation.

It is worth recalling that the Moroccan Kingdom and India enjoy a good relationship that dates back to several years. Their cooperation has intensified in recent years with the visits of King Mohammed VI of Morocco to India in February 2001 and October 2015.