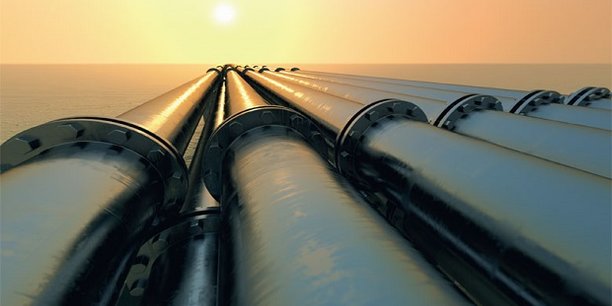 The discovery of hydrocarbons in the Eastern Mediterranean is redefining the map of world energy resources. A gas pipeline project linking Israel to Italy, via Cyprus and Greece, is expected to come to fruition following a summit held on Wednesday in Jerusalem. US Secretary of State Mike Pompeo was present for the occasion.

To ensure the flow of future natural gas production from Cyprus and Israeli fields, Nicosia, Tel Aviv, Athens and Rome signed a Memorandum of Understanding in December 2017 for the construction of an underwater gas pipeline linking the coasts of Cyprus and Israel to Europe.

This pipeline would cover a distance of nearly 2,000 km, from the Israeli Leviathan field to the Cypriot Aphrodite, before continuing its journey off Crete and southern Greece, to finally reach the heel of Italy’s boot, making it the longest in the world. It will have an annual capacity of about 0.3 to 0.45 billion cubic meters, and could be completed by 2025.

In June 2017, Benjamin Netanyahu described the project as “revolutionary and very promising”, following a meeting with his Greek counterpart and the Cypriot President. However, the start of construction of this pipeline is not expected to take place before the May European elections, as Rome, whose signature is required to continue the procedures, has requested that this signature should wait until after the election.

Hydrocarbon deposits have been discovered in Cyprus and Israel. For the time being, only hydrocarbons from the Hebrew state are concerned by this gas pipeline project. “Perhaps in the future we will take into account the reservations of Cyprus,” says Konstantinos Filis, a researcher in international relations. “Egypt, which currently has the largest deposit, the Zhor deposit, is not part of the picture,” he says.

Following the discovery of gas reserves in Cyprus, the energy sector has seen a resurgence of activity in Greece and investigations have been carried out to discover other fields, notably in southern Crete. “The structures we studied in Greece, from the seismic lines and depth show geological structures that can be immediately compared to the structures in Cyprus and Zhor,” says Spyros Bellas, Vice-President of the Hellenic Institute for Hydrocarbon Resources. These new deposits are new markets for multinationals, particularly American ones. Mike Pompeo’s presence testifies to the strategic importance of this region of the world for the United States.