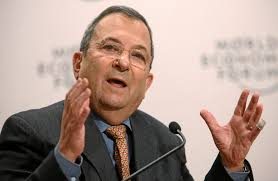 Former Israeli Prime Minister Ehud Barak announced on Wednesday June 26th the creation of a new party that will participate in the legislative elections that will take place on September 17th to "put an end to Netanyahu's power". Ehud Barak, 77, had previously succeeded Benjamin Netanyahu in 1999 before retiring from politics in 2013.

“We are creating a new party to end Netanyahu’s power,” Ehud Barak told a news conference in Tel Aviv. The name of the new party will be revealed in “two weeks” during its official launch, according to Ehud Barak.

Former Chief of General Staff of the Israeli Army, Mr. Barak served as Minister of Defence in the Netanyahu Government between 2009 and 2013. Barak, who also led the Labour Party between 1997 and 2001, did not provide details on the political line of his new party.

However, what is now clear is that the new party is aggressively attacking the current Israeli Prime minister, Benjamin Netanyahu. “I’ve known you for 50 years … it’s the end of the road for you,” said Barak, speaking directly to Netanyahu, who he commanded in the 1970s in a military elite unite in the Israeli army. Denouncing Mr. Netanyahu’s “corrupt” practices, Ehud Barak claimed that Israel had “never experienced such dark days”.

Benjamin Netanyahu, 69, who spent 13 years in power, must be heard by the state prosecutor to answer charges of “corruption”, “fraud” and “breach of trust” in three different cases. Furthermore, having failed in his efforts to form a coalition government after the legislative elections of 9 April, he preferred to call for new elections, set for September 17th.

Knesset (the Israeli parliament) Speaker Yuli Edelstein said Tuesday he was considering the possibility of canceling the poll, a proposal hailed by the current prime minister. “I value the efforts of Mr. Edelstein to try to avoid new elections,” Netanyahu reacted Wednesday on his Facebook page. Netanyahu’s main opponent, former Army Chief of Staff Benny Gantz (at the head of the centrist list “Blue-White”), said Wednesday at a press conference that “there was no going back”, while assuring that if it were possible, he would have agreed to sit in a national unity government “without Netanyahu”.

According to a survey of the Israeli TV channel 13, Ehud Barak’s new party would get 6 seats, which would strengthen the center-left bloc with 61 seats out of 120, the majority needed to form a government.