Israël : Arab parties give their support to Gantz 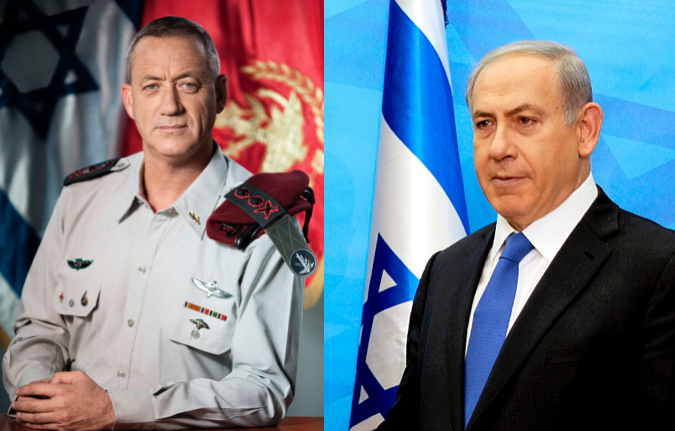 In an unprecedented and historic move, the United Arab List decided to give its support to Benny Gantz to become Prime minister of Israel.

Consultations are running their course in Israel for the constitution of a new government. For the first time since 1992, Arab members of the Knesset have spoken out. They recommended the challenger of Benyamin Netanyahu, the leader of the Blue White party, Benny Gantz.

In an unprecedented move in the Jewish State history, the “United Arab List” offers a decisive advantage to the former IDF leader in trying to form a new government and end the Netanyahu reign. The United List, thirteen MPs, announced Sunday that it would recommend the centrist Benny Gantz, whose party came first in the legislative elections last Tuesday, to be the next Prime Minister.

A landmark decision, say Arab MPs who advised Israeli President Reuven Rivlin to charge Benny Gantz, the leader of the centre-left rally Blue-white, to set up a coalition government. For Aymane Odeh, number one on the United Arab list, this was the most difficult decision of his political career. “We want to end the Benyamin Netanyahu era, and that’s why we recommend Benny Gantz for the formation of the next government.”

Netanyahu vs Gantz : neither man has a majority of seats

At the end of this election, the centrist party Kahol Lavan (“Blue-white”) of Benny Gantz won 33 seats out of 120 in the Parliament, against 31 for the Likud (right) of Netanyahu, the outgoing Prime Minister. Even counting their allies, the two big rivals remain unable to reach the number of 61 deputies, threshold of the absolute majority in the Knesset, the Israeli parliament. President Rivlin, whose function is almost symbolic, began Sunday evening consultations to arbitrate the dispute.

However, Gantz now has more support than the current Prime Minister, and should therefore have priority over Netanyahu. This is not yet the coup de grace, but it looks like it: it is the first time since his return to power in 2009 that Netanyahu finds himself in such a position. “This must be the end of his political career,” said Ayman Odeh, leader of the United Arab List.

The support of the Arab parties does not allow for the moment Benny Gantz to cross the threshold of the 61 deputies. But it definitely sends a clear message to the president that the third political force in the country does not want to see Netanyahu as leader of a possible coalition including, among others, the Likud and “Blue-white” parties.