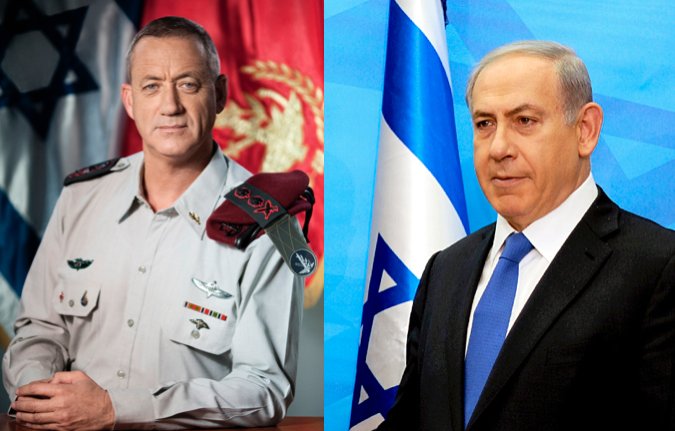 Israeli Prime Minister Benjamin Netanyahu announced on Monday October 21st that he was giving up forming a new government because of his inability to win a majority in parliament. It is his rival, Benny Gantz, who inherits this mission.

“I announced to the head of state that I gave up forming a government.” Israeli Prime Minister Benjamin Netanyahu announced on Monday, October 21st on social networks that he was throwing in the towel, recognizing the difficulty of forming a coalition government after the very tight results of the legislative elections of September 17th.

To explain his decision, Benjamin Netanyahu, who heads the right-wing Likud party, spoke in a video posted on his Facebook account, in which he confessed his inability to win a majority in the Parliament from the last elections. “In recent weeks, I have made every effort to bring Benny Gantz to the negotiating table, all efforts to form a broad national government, every effort to avoid new elections,” said Benjamin Netanyahu.

Israeli President Reuven Rivlin announced that he was charging the centrist rival of Benjamin Netanyahu and former Army Chief of Staff Benny Gantz to form a government.

All factions of the Knesset – the Israeli parliament – will be informed that the president intends to transfer the mandate to form the government, as soon as possible, to the president of blue-white, MP Benny Gantz. Benny Gantz will then have 28 days to form a government. If he fails to do so, new elections will most certainly be held (the third since April). In a statement, Benny Gantz’ party talked of his determinations to form a Liberal unity government. However, according to different reports, this would be no easy task…

“On paper, Gantz’s chances of forming a coalition are slim,” notes Ha’Aretz. Last month, 54 deputies approved him as Prime Minister, 7 less than the absolute majority in the Knesset”. For the left-wing daily, “there are now a plethora of scenarios”, such as a government minority of the Blue and White coalition (led by Benny Gantz) and other centre-left parties, supported by the unified Arab list or Israel Beiteinou. “Gantz could also capitulate and agree to let Netanyahu remain prime minister at the head of a national unity government.”