Israel-Emirates-Bahrain : what are economic issues behind diplomatic normalization ? 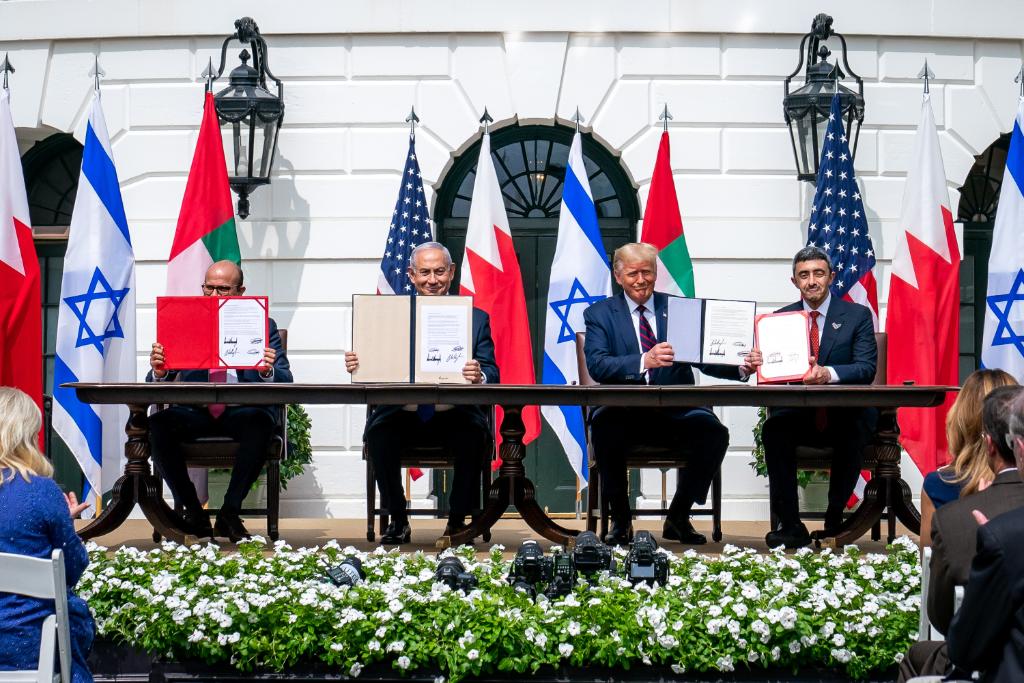 A month after being announced, the establishment of diplomatic relations between Israel and the United Arab Emirates and Bahrain was formalized on September 15th in Washington. A normalization that opens up many economic prospects between the Hebrew state and the Arab-Muslim countries.

In the same garden of the White House where had been signed almost twenty-seven years ago, to the day, the Oslo Accords, the diplomatic normalization between Tel Aviv and Abu Dhabi and Manama was officially concluded this 15th September in Washington. The text was signed by the Israeli Prime Minister Benjamin Netanyahu, by the representatives of Foreign Affairs of the two Gulf Emirates, and by the American President Donald Trump, in the presence in particular of his son-in-law Jared Kushner, very influential diplomatic adviser at the origin of this historical rapprochement.

The two petromonarchies become the third and fourth Arab countries to normalize their relations with the Hebrew state, after Egypt in 1979 and Jordan in 1994. They thus cross the “red line” set in 2002 by the Arab League, which had made the resolution of the Israeli-Palestinian conflict an indispensable condition before this stage.

A billion dollars in unofficial flows

The document formalizes already existing ties between the various protagonists – the Israeli TV channel 13 estimates the volume of current trade flows between Israel and the Emirates at one billion dollars. Above all, it opens up multiple opportunities for bilateral economic exchanges : as of Monday, NBD, the second Emirati bank, signed a partnership with Hapoalim, one of its Israeli counterparts.

At the end of August, a direct commercial flight had for the first time linked the Telavivian airport David Ben Gurion to that of Abu Dhabi – flying over the passage, again in an unprecedented way, the airspace of Saudi Arabia. Visa facilitation is expected to boost passenger transport between destinations, as well as to and from Bahrain.

Other key sectors which could benefit from this new context: health, with contacts and contracts already established between ministries and companies of the two States ; but also armaments, the diplomatic agreement including a clause allowing the United States to sell their drones and F-35 fighter jets to the Emirates, according to the daily newspaper Yediot Aharonot.

Aiming in part to counter the influence of the Iranian “common enemy”, this “Abrahamic Accord” could be replicated in the weeks or months to come between Israel and Oman, Sudan or even Chad, with whom informal negotiations are already underway.

Mediterranean: Turkey would be ready "for dialogue and sharing"