Israel: 1 Billion € is the price that Boeing paid to sign up an agreement with Dassault System 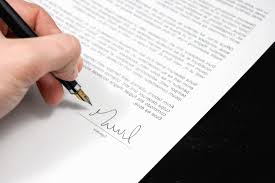 The Hebraic state could be satisfied that the French software company Dassault received such an amount from the American Company Boeing. Indeed Israel is waiting for economic impact thanks to this contract. Ecomnews Med gives you some explanations.

“3DEXPERIENCE” is the name of the software that worth 1 billion € price today. After the Figaro newspaper (one of the main French paper owned by Dassault) the Dassault Group committed himself for 30 years renewable every 10 years to modernise to software production system.

The main goal for the American company: maintaining a competitive advantage. The contract is the biggest one for Dassault system who is becoming the first partner for the strategic software and of Boeing into civil aviation and space defence. The second part of the project is to digitalize data collected by Boeing company back to 1990 to create a big platform.

Israel is closely working with both Boeing and Dassault for many years. The Silicon Wadi is indeed the source of the Hebraic innovations and startups are carefully looking what Boeing is technologically developing.