16% of the cybersecurity worldwide investments went to Israel 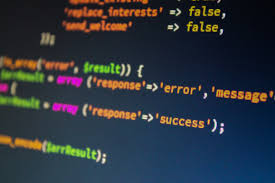 After the central bureau of statistics, the Israeli technology industry in cybersecurity succeeded to capture 814,5 million of dollars in 2017.

Cybersecurity is a major industry for the Israeli economy. The country is now with the United States the main worldwide actor in the defence technologies market. 814,5 million of dollars coming from the private market got collected last year. A record for the 2017 investments that registered a 28% rise compared to 2016 investments.

In 2016, 15% of the worldwide capital invested in cybersecurity went to Israel. Even though the US remains the number one of the market, Israel registers a constant rise for 3 years in a row.

Last year in Israel, 2 out of 3 investments contract have been distributed to the cybersecurity sector. 14 societies benefit from those foreign capital investments estimated around 1,4 billion of dollars in 2017.

The technology field od defence could cover from banking to automobile security, from army to web anti-virus security.

After the Start-up Nation Central, at the end of 2017 420 companies were working in the cybersecurity field in Israel, including 70 newborns. On the 70 new companies, 1 out of 3 was developing solutions into connected devices.