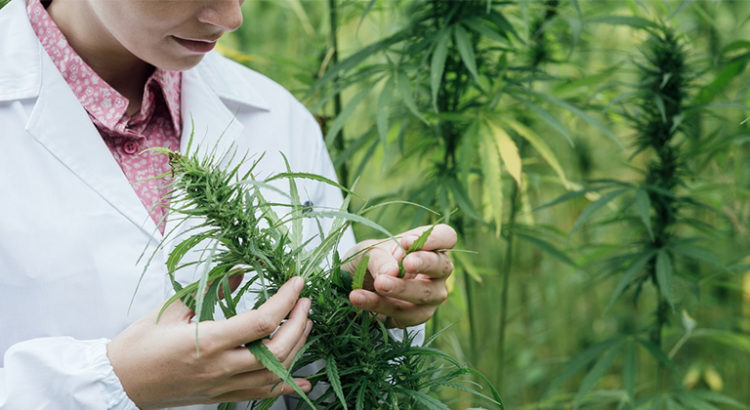 Anything made with minerals from the Dead Sea tends to receive great credit nowadays. Skincare firm, Premier Dead Sea, and manufacturer of medical cannabis, Together Pharma, join forces to launch a brand-new line of therapeutic and cosmetic products that combine Dead Sea minerals with a compound extracted from cannabis plants.

Israel’s Together Pharma and Premier Dead Sea will set up a new company to create cosmetics based on Cannabidiol (or CBD), a constitute of the cannabis plant that is used in several health products.

One of the most notable qualities of CBD is its lack of psycho-activity. Unlike THC which has the “power” to produce euphoric sensations, Cannabidiol is completely inert, when taken on its own. That is why it is used for medical and legal purposes.

It has a wide variety of applications thanks to its anti-inflammatory, anti-bacterial, anti-oxidant and anti-aging properties. Its market is expected to grow 700 percent by 2020. Together Pharma and Premier Dead Sea want to extract this non-psychoactive antioxidant from the cannabis plants in order to “take profit from this big marketing potential”. Testing of the compound has already started at a Premier Dead Sea facility in Italy.

The fear of upsetting Trump

Israel is known as a pioneer in cannabis research with more than 50 Israeli medical marijuana companies cultivating plants or producing delivery devices for the drug in the country.

However, last February, Prime Minister, Benjamin Netanyahu, announced at a meeting with the ministers of agriculture, health and finance that the ambitious export project for medical marijuana would be put on hold. Before they could present their arguments, Netanyahu said that Donald Trump had called him personally to make clear his strong attitude against marijuana exports.

A Channel 2 News report noted that when a Finance Ministry representative suggested to avoid exporting to the US, Netanyahu said it might not serve Israeli interests. The makers of cannabis-based products will then have to set up shop in foreign destinations.

Discover our latest videos on economic news in Israel :