Israel and Japan seek to strengthen their economic bilateral ties 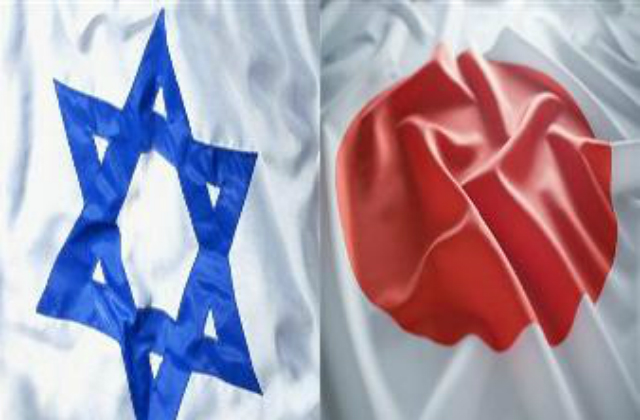 Japan's Minister of Economy, Trade and Industry, Hiroshige Seko, led Tokyo's largest and most important business delegation to Israel for three days in order to strengthen bilateral economic ties. Some 150 representatives of 90 leading Japanese companies, including Mitsubishi, Toshiba and Hitachi, accompanied Mr. Seko on his visit to Israel to attend meetings of the Japan Innovation Network for Israel (JIIN), established in May 2017 to advance and strengthen economic cooperation between the two countries.

This is Seko’s second visit to the Hebrew state as a Minister of Economy. He met Prime Minister Benjamin Netanyahu and Minister of Economy and Industry Eli Cohen and participated in various events aimed at strengthening economic cooperation between the two countries. The JIIN network meetings were held on Tuesday in Jerusalem and included an economic forum led by Seko and Cohen.

Throughout the week, the two ministers of Economy discussed the strengthening of economic ties, further cooperation and the work plan for 2019.The visit “is another milestone in strengthening economic relations between Israel and one of the world’s most important Economys,” said the Israeli minister. “Such cooperation will advance the Israeli economy for many years to come,” he added.

Japanese investments have totaled $3.5 billion over the past five years

Israel and Japan are experiencing unprecedented trade and economic relations. The number of Japanese companies investing and operating in Israel has considerably increased in recent years. Japanese investments have totaled $3.5 billion over the past five years, including transactions such as the acquisition of the Israeli company NeuroDerm by Mitsubishi Tannabe Pharma in 2017 for $1.17 billion, the acquisition of Altair in 2016 by Sony and the Softbank Group’s $200 million investment in Israeli companies.

The number of Japanese companies that have opened offices in Israel has exceeded 70. Israeli-Japanese relations have rapidly strengthened in recent years, and during the next visit, the two ministers of Economy are expected to sign a memorandum of understanding in the field of digital health and advance bilateral cooperation in cyberspace and the automotive industry. “This delegation is the result of a sustained activity by the Israeli and Japanese economic ministries to promote economic relations between Israel and Japan, and we are pleased to see these efforts bear fruit,” said Noa Asher, the economic attaché of Japan’s Foreign Trade Administration.

Israeli exports to Japan in the first three quarters of 2018 amounted to $870 million, an increase of 46% over the same period in 2017. Israeli imports from Japan amounted to $1.51 billion during this period, which is a 7% increase since 2017.