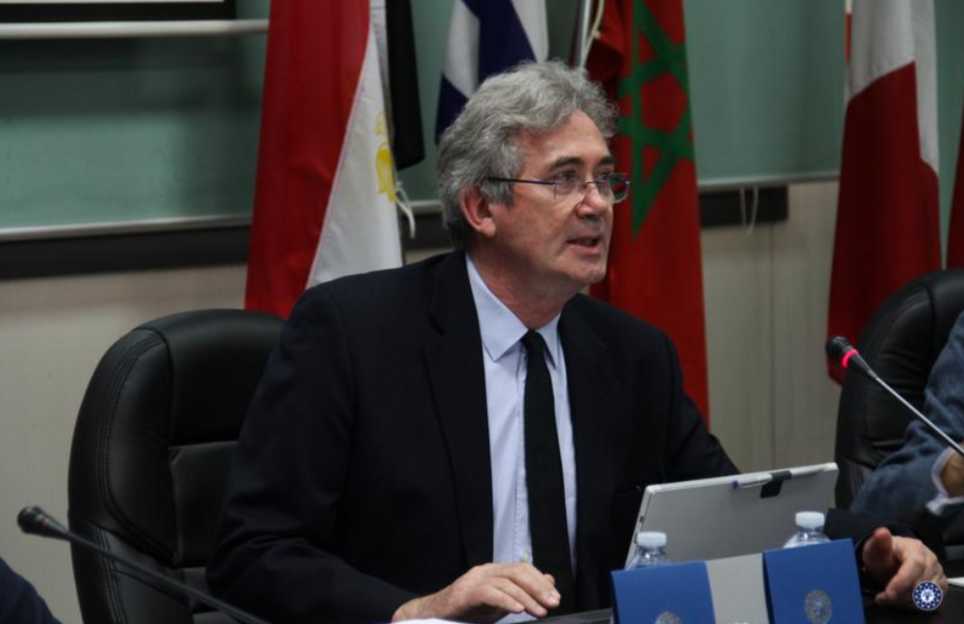 On the 22 February 2019, at the occasion of the 142th Governing Board meeting of the International Centre for Advanced Mediterranean Agronomic Studies (CIHEAM) held in Paris, Mr. Plàcido Plaza was elected unanimously as new Secretary General of the CIHEAM

The Spanish authorities’ candidate will enter into office on the 1st March 2019, for a first term of four years, after completing an interim period.

With his strong passion for the Mediterranean, Plàcido Plaza has been working on issues related to agriculture, food security and rural development for over 30 years in this region. He is an Agricultural Engineer with an extensive experience in applied agronomy both in Latin America and in the Mediterranean.

He was in charge of the management of the cooperation framework program between the European Commission and the CIHEAM in the fields of specialized training, support to research and decision in the field of resource management, water, support to agricultural and rural development policies, extensive zone production systems and biotechnologies. Four major areas of action that have associated the 4 CIHEAM Agronomic Institutes for more than 10 years and mobilized a budget of 12 million Euros.

The Delegates of the CIHEAM Member States took the occasion of this election to thank Plàcido Plaza for the work done since 12 December 2017, as part of his temporary job as Secretary General assigned to him following the passing away of Cosimo Lacirginola (Secretary General of the CIHEAM from 2013 to 2017).

The CIHEAM Action Plan for the Mediterranean 2025 (CAPMED 2025) that falls within the Agenda 2030 for Sustainable Development of the United Nations is based on these four lines. The CIHEAM carries out its missions through the tools of specialised training, network research, cooperation, technical assistance but also political dialogue and partnerships.