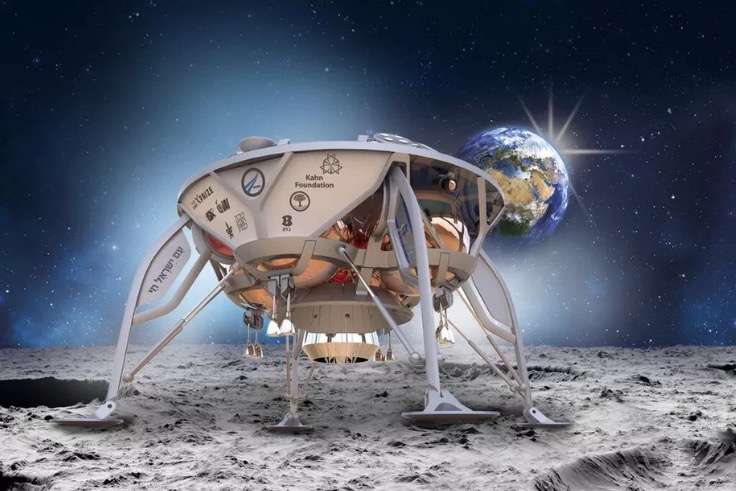 The first Israeli spacecraft departed on Thursday night to the Moon, where the spacecraft, mainly financed by private funds, will collect data on the formation of the satellite, the operation’s managers announced on Monday. The launch took place in Cape Canaveral, USA, Israel Aerospace Industries officials said at a press conference in Tel Aviv.

A Falcon 9 rocket from the American space company SpaceX launched uneventfully from Cape Canaveral, Florida, at around 8:45 pm on Friday. The launch was followed live from Israel in the middle of the night by many engineers and mission supporters, and Prime Minister Benjamin Netanyahu, waving Israeli flags from the control center of the aerospace company Israeli Aerospace Industries (IAI), the project partner.

The “Beresheet” spacecraft (“Genesis” in Hebrew), which weighs 585 kilograms, was sent into space via a Falcon 9 rocket from the American firm SpaceX by contractor Elon Musk, measuring 1.5 meters by 2 meters and costing $100 million, much less than other larger and more expensive spacecraft. It is scheduled to land on the Moon on April 11th, after traveling 6.5 million kilometers at a maximum speed of 10 kilometers per second (36,000 kilometers per hour), according to a statement.

The device carries a capsule containing digital discs with drawings of children, songs and images of Israeli symbols, the memories of a Holocaust survivor and a Hebrew Bible. The capsule will be left on the Moon as a testimony for future generations.

The project is a matter of national pride in Israel

The initiative is private, running since 2010 by SpaceIL, a non-profit organization. However, the project is a matter of national pride in Israel, where it is repeated that only three nations have so far succeeded in landing: the United States, Russia and China (only the Americans have walked on the Moon). The project was initially set to respond to the Google Lunar XPrize competition, which wanted to reward the first private aircraft to land before March 2018 with $30 million.

No one had succeeded at that time, but the SpaceIL team continued the mission and purchased a secondary place in the SpaceX rocket. In particular, it was the businessman and philanthropist Morris Kahn who financed the robot’s development. “Make us proud,” he said Thursday evening at the probe address just before the launch.