Egypt is hoping to stage the 2019 Africa Cup of Nations 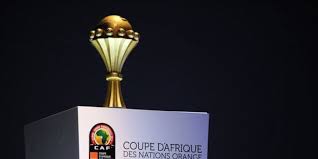 The 2019 Africa Cup of Nations (AFCON), which is scheduled to take place from June 15 to July 13, will be held in either Egypt or South Africa, the Confederation of African Football (CAF) revealed on last Saturday. The Egyptian football federation (EFA) has officially expressed interest in hosting the tournament, just hours before the deadline for candidates.

The Confederation of African Football has officially announced that Egypt and South Africa have submitted their bids to stage the 2019 African tournament from 15 June to 13 July 2019. This is after the African football’s governing body stripped Cameroon, the defending African champion, who had beaten bids from the Ivory Coast and Algeria, of hosting the 2019 AFCON, citing delays in its building program and question marks over the country’s security with persistent attacks from insurgency and terrorist groups.

EFA’s candidacy also came after Morocco said in a surprise announcement that it wouldn’t put itself forward as a candidate. The latter had, in fact, been considered as the front-runner to become the host of the 2019 AFCON after being a candidate to stage the 2026 World Cup, only to lose out in that race to a joint US-Canada-Mexico bid.

The CAF’s decision will be announced on January 9

Egypt, which has won the African tournament a record seven times, last held the event in 2006, when it has won the finals after penalty shoot-outs. The decision as to who will take over the hosting of the 2019 Africa Cup of Nations will be made in Dakar, Senegal, on January 9, 2019.

It was a 16 team format at the 2017 edition in Gabon; the 2019 AFCON will be the first tournament to be expanded to 24 teams. The next edition will also be the first to be played in June and July rather than January and February. If Egypt wins the hosting rights, it will have just a few months to put preparations in place for the prestigious Africa Cup of Nations tournament.