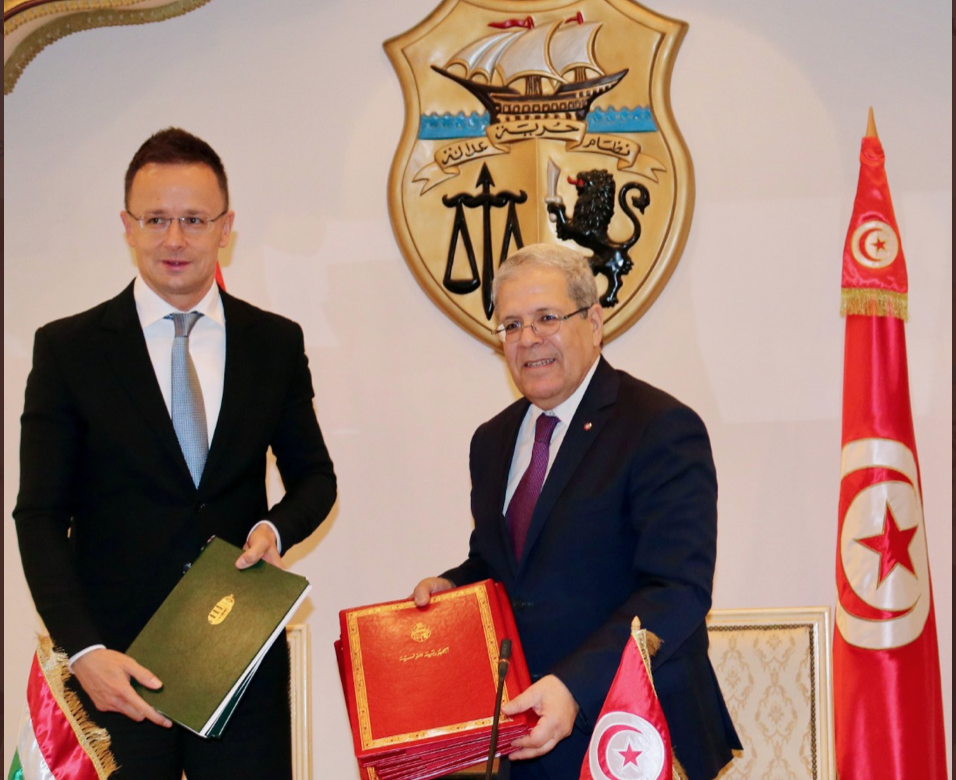 Despite internal social tensions, Tunisia is pursuing its strategy of strengthening its relations with its partners in order to revive its economy. This, strongly impacted by covid-19, should regain color in the coming years, according to economic forecasts.

Tunisia and Hungary have initialed five new agreements to improve their cooperation. The signing took place in Tunis, the Tunisian capital, on December 15, we learned on the twitter account of Tunisian Foreign Minister Othman Jerandi.

These various conventions concern the sectors of health, social affairs, culture, diplomatic training, and an agreement aimed at “developing prospects for cooperation between the two countries in emerging fields”. In addition, the Hungarian government, through its import-export bank, will spend more than 56.6 million dollars to boost trade between the two countries. The meeting between the Tunisian and Hungarian authorities was also an opportunity to discuss regional and global issues.

According to data from the Organization for Economic Co-operation and Development (OECD), Tunisia’s economy contracted by 8.8% in 2020. Nevertheless, the institution predicts annual GDP growth in the region. The order of 3% until 2023. According to her, the economic recovery in Tunisia’s main trading partners and generalization of vaccination will boost the country’s exports and tourism activities.

Tunisia : What is the economic situation, tourist income and food coverage in the country?