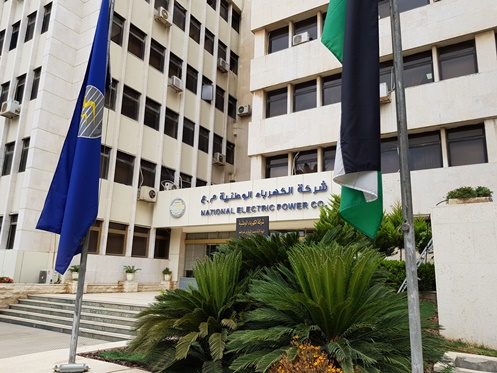 Promoting the regional role of Jordan in the field of energy is one of the essential axes of the 2020-2030 strategy defined by the authorities for this sector. A transit country for gas, Jordan wants to weigh more in terms of electrical transport and also aspires to become an exporter of electricity, mainly to Iraq.

Its excess production capacities and the evolution of domestic demand, lead it to seek regional outlets to contribute to the rebalancing of the accounts of the National Electric Power Company (NEPCO). Several agreements have been signed, the implementation of which is hampered for some by insufficient infrastructure or a financial model that is still undetermined.

The Jordanian power grid is already connected to Egypt and Palestine.

Jordan is linked to Egypt by a submarine high-voltage line (400 KV) with a capacity of 550 MW which could be doubled to increase the volumes exchanged. Electricity flows transmitted in both directions via this line have been declining since 2011. They have increased from around 1300 to 373 GWh over the past decade and consist mainly of exports from Egypt to Jordan. However, these sales are marginal and represent only around 2% of the electricity purchased by NEPCO.

Although volumes are low, this line nevertheless plays an important role in stabilizing and balancing the Jordanian network. The electricity exchange contract between the two countries is renewed annually. With regard to Palestine, NEPCO has been selling approximately 30 MW of electricity per year since 2008 and should increase this volume to 80 MW from the summer of 2022 after the commissioning of the Al-Rama power plant.

Jordan is also connected to Syria.

With an estimated capacity of between 300 and 800 MW, transmission with Syrian territory has not been active since 2011 and the state of the infrastructure is uncertain. Ongoing discussions to export Jordanian electricity to Lebanon via Syria could, however, revive Jordanian-Syrian transmission. Indeed, the regional energy interconnection project on which the Jordanian, Lebanese, Egyptian and Syrian authorities are working includes a component aimed at importing electricity (250 MW) produced in Jordan into Lebanon. The Syrian electricity grid would be mobilized for transit.

Bilateral agreements with Iraq and Saudi Arabia were signed in 2020 to strengthen regional energy integration and find new outlets for Jordanian electricity.

The interconnection project with Iraq will allow Jordan to sell 150 MW of electricity per year for three years initially. The objective is also to strengthen the lines between the two countries to absorb larger energy flows, potentially from other countries in the region. The first exchanges could take place at the end of this year or next year.

Feasibility studies for the Saudi-Jordanian interconnection have been carried out and relate to a 164 km high voltage line linking the city of Al-Qurayyat, located 30 km from the Jordanian border and Amman East. The signing of a new memorandum of understanding between the two countries is expected to finalize the technical and financial model of the project.

This project would mark a first step towards a large-scale electrical integration that would involve the Gulf countries, Iraq, Egypt and even Syria when conditions allow. Furthermore, as part of the promotion of this Arab and regional electrical interconnection, NEPCO recently signed MoUs with the Gulf Electrical Interconnection Commission and the Saudi National Electricity Transmission Company.

Jordan is connected to Lebanon, Egypt and Syria.

The aforementioned regional energy interconnection project also includes a gas component providing for the transport of Egyptian gas from Jordan to northern Syria, the latter would then supply equivalent volumes (460MW) to the Lebanese power plant of Deir Ammar.

This regional role of Jordan would contribute to the diversification of suppliers and supply “routes”. It is part of the Jordanian energy strategy, which is based in particular on: gas imports from Egypt and Israel; the construction of a pipeline with Iraq and the promotion of renewable energies.

Jordan is also connected to Israel.

As the volumes of Israeli gas supplied to Egypt increased, the Israeli Energy Ministry authorized the use of the Arab Gas Pipeline from Aqaba, Jordan. Separately, Israeli authorities recently approved plans to export additional volumes from the Leviathan gas field to Egypt via the Jordan Arab Gas Pipeline.

The contribution of renewable energies to the Jordanian energy mix has recorded strong growth in recent years, rising from 1% in 2014 to 26% in 2021. Installed capacity stands at 4,500 MW while current demand is between 3,000 and 3,500 MW. The long-term supply contracts concluded by the country (with Egypt for liquefied natural gas and Israel for gas) as well as the commissioning of the Attarat shale gas power plant (whose production capacity capacity reached 470 MW) are more than enough to cover national demand and would even generate a distinctly surplus production. The current situation in the energy sector is hampering the development of renewable energy production.

A memorandum of understanding was signed with Israel in November 2021 and provides for the export of Jordanian renewable energy in exchange for Israeli water deliveries.

Jordan could export 600 MW of green electricity to its Israeli neighbor and would receive 200 M m3 of water. The United Arab Emirates is participating in this regional initiative and their company MASDAR would build and co-finance new solar installations in Jordan.

Reinforcement of the Jordanian electricity transmission network (grid) is imperative.

The current infrastructures do not make it possible to absorb a significant additional volume and constitute one of the reasons which explain the decision of the Jordanian government taken in January 2019 to suspend the realization of renewable energy projects greater than 1 MW. Jordan’s ability to finance the investments underlying these transmission projects remains to be confirmed.

What if Iraq discovered new gas ambitions? He has more than the means

Egypt: The government will send a delegation to India to study the possibilities of importing wheat from the Asian country following the crisis in Ukraine