Will the Misr bank accept the Ramy Lakah’s proposition? 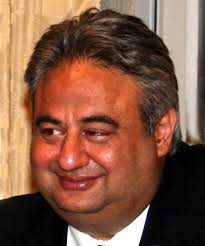 The French – Egyptian businessman is willing to renegotiate the debts of his companies toward Misr Bank, the second largest Egyptian bank. Not sure that the bank will trust him again.

Ramy Lakah is a skilled businessman in Egypt. Originated from a catholic Druze family in Lebanon, he inherited from large property and income assets in the 1990’s. At the same time he contracted many loans toward different Egyptian bank, including the Misr bank where it took 55,7 millions $ from them.

Despite his close relationship with Gamal Moubarak the ex president’s son, the Egyptian government launched a large anti corruption campaign in 1999-2000 where he was involved. Then he escaped from Egypt to France in 2001 where he was investing into different sectors as private aeronautics, catering group, railways etc. Members of the Egyptian parliament even voted a law against him to take his Egyptian nationality off. His holding company in Egypt have since been sold off.

Today Ramy Lakah is currently living in Paris where a Misr bank delegation is often coming to negotiate the debts payments. The businessman is still the owner of Euralair and Star Airline located in France. In 2009, he found an agreement to repay the amount of 42 millions $ to Misr Bank payable quarterly. He also gave as a guarantee a first cash payment of almost 9 millions $.

After the Arab Finance Mr Lakah would not have completed his commitment and would have even tried to file a lawsuit against the bank.

No one can today ensure that the last agreement amounting 31 millions payable in 10 years would be effective. Yes Ramy Lakah is a very skilled businessman anywhere he goes.